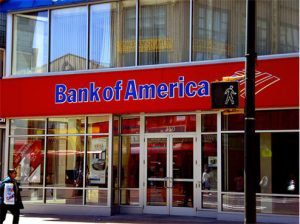 Bank of America is nearing a $16 to $17 billion settlement with the Department of Justice to resolve a probe into its role in the sale of mortgage-backed securities before the financial crisis, according to a source familiar with the matter.

After months of lowball offers, it took Bank of America just 24 hours to cave to the government and agree to the largest federal settlement in the history of corporate America.

The tentative deal would settle investigations into the bank’s sale of toxic mortgage securities and it started to take shape last week after the Justice Department rejected the last settlement offer from the bank.

This week, Judge Jed Rakoff of Federal District Court of Manhattan issued an unexpected ruling in another Bank of America case that eroded the bank’s negotiating leverage. Rakoff ordered the bank to pay almost $1.3 billion to for selling 17,600 mortgages, many of which were defective. Bank of America had previously lost the case at a jury trial.

Rather than settle, the bank’s top lawyers chose to fight the case in Rakoff’s court and have now appeared to realize that another battle would be futile and very costly. It’s possible another courtroom battle could cost the lender more than the settlement with the Justice Department.

On July 30, Attorney General Eric Holder spoke with the bank’s chief executive, Brian Moynihan, on the phone and told the bank to raise its offer or it would be sued the next day. On July 31, the bank raised its offer to to $9 billion in cash and over $7 billion in “soft dollar” relief to homeowners. This offer is far in excess of what Citigroup and JPMorgan Chase paid to settle similar cases recently.

Bank of America has argued that it should not be harshly punished for the bad deeds of Merrill Lynch and Countrywide Financial, which is acquired during the financial crisis. The bank argued that federal regulators pressured the lender to acquire Merrill. With Countrywide, Bank of America claimed it did not assume legal liability stemming from the loans it made before acquisition.

If finalized, the agreement would set a record in a civil settlement between the government and a company, eclipsing the $13 billion deal made 9 months ago between the Justice Department and JPMorgan Chase over similar allegations.