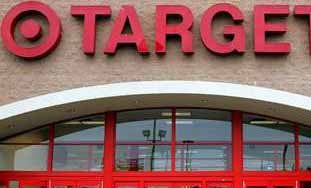 One of the claims made by gun-rights supporters appears to have been vindicated following an increase in the numbers of armed robberies of Target stores within days of their announcing a new policy of asking customers not to bring guns into their stores.

On July 2, Target interim CEO, John Mulligan, issued a statement stating that while it acknowledges local communities where Target may have stores legally permit residents to open carry weapons, the company requested customers not exercise that right.

“Our approach has always been to follow local laws, and of course, we will continue to do so. But starting today we will also respectfully request that guests not bring firearms to Target – even in communities where it is permitted by law,” Mulligan’s announcement said.

While the statement specifically mentioned open carry laws, the prohibition on guns does not seem to distinguish between those who open carry and those with concealed carry permits.

Proponents of gun control often say that there is no need for a private citizen to own a firearm because that is why we have a police force and the solution to gun violence is to prevent law-abiding citizens from possessing firearms or putting restrictions on what they may own.

On the other side, Second Amendment supporters say the problem is that all of the gun control laws do is prevent honest people from getting guns and the criminals do not obey the laws. They cite recent shooting such as Sandy Hook and the Aurora theater shootings where the shooters violated multiple gun laws before they even fired a shot. Additionally, they point out that oftentimes police are a reactionary force that is primarily there to stop crime after it has occurred.

In the case of Target, while law-abiding gun owners are honoring Target’s request, it appears that criminals have now heard the message loud and clear that Target is a safe environment for them.

Within hours of Target’s announcement, a man was robbed at gunpoint while in the parking lot of a Target in Gainesville, Georgia.

Then, just three days later another customer was robbed in the Edgewood area of Atlanta. The victim, a woman, had just parked her Mercedes-Benz in a Target parking garage when she was approached by a black man while exiting her vehicle. He allegedly punched her in the head, knocked her to the ground then stole her vehicle.

A similar thing happened when Jack in the Box restaurants made a decision to ask customers to not bring guns into the restaurant. Within a few weeks of their new policy there were four robbery reports.