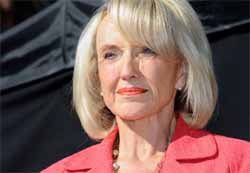 Arizona’s Governor Jan Brewer vetoed a bill that would have permitted individuals to assert a religious conviction claim if they were asked to participate in an event that violated their deeply held religious beliefs.

“Senate Bill 1062 … could divide Arizona in ways we cannot even imagine and no one would ever want,” she told the room packed with journalists from around the country. “Let’s turn the ugliness of the debate over Senate Bill 1062 into a renewed search for greater respect and understanding among all Arizonans and Americans.”

The law, SB 1062, was the subject of a massive campaign by people who claimed the bill would legalize discrimination and a return to the days before the civil rights act was passed. However, a clear reading of the bill revealed it did no such thing.

The bill was an attempt to provide clarification to existing law that protected religious rights, but did not extend those rights to business owners. SB 1062 would have permitted individuals and businesses to claim they had acted on a “sincerely held religious belief” if they refused to perform certain acts, such as Christians being asked to participate in a same-sex wedding.

Contrary to what opponents said, the bill did not allow a blank check to discriminate; it merely said they could use their “sincerely held religious belief” as a defense in any trial. It did not mean they would necessarily prevail.

With judges in multiple states overturning laws and constitutional amendments affirming marriage as being between a man and a woman, supporters argued the law is needed to protect Christians from incidents such as what happened in New Mexico and Colorado, where courts have told individuals their religious beliefs must be sacrificed for the good of society.

A New Mexico judge recently ruled that a Christian wedding photographer must photograph a same sex wedding. Elaine Huguenin, co-owner of Elane Photography with her husband Jonathan, was asked to commemorate a same-sex ceremony by Vanessa Willock.

Huguenin refused, saying that while she does not discriminate against homosexuals on the basis of their orientation, her Christian beliefs prohibited her from sanctioning the marriage of two members of the same sex.

The state Supreme Court ruled that the Huguenins did not have any right to refuse to express sentiments contrary to her beliefs, ordering the couple to pay $6,637.94 in attorneys’ fees to Willock and her partner.

In Colorado, a judge told a Christian cake maker who said he had no problem baking a cake for anyone regardless of their sexual orientation, just not a wedding cake because of the message conveyed in the ceremony, that he must submit to bake the cake or go out of business.

“Only same-sex couples engage in same-sex weddings. Therefore, it makes little sense to argue that refusal to provide a cake to a same-sex couple for use at their wedding is not ‘because of’ their sexual orientation,’” Spencer wrote.

Amazingly, the judge ruled that if a Muslim cake maker was asked to make a cake that conveyed sentiments against his faith or if a member of the KKK were to ask a black cake maker for a cake, both groups would have the right to refuse the job.

In both cases, it is the “explicit, unmistakable, offensive message that the bakers are asked to put on the cake that gives rise to the bakers’ free speech right to refuse,” Spencer said.