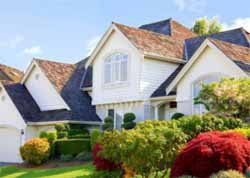 Despite having a low credit score, many people may find it easier to acquire home loans. More lenders are giving home loans to people who have less money to pay down and who have a less favorable credit score.

During September, the closed home loan had an average FICO score that fell in at 732, which was down from an average 750 just a year ago. This information was provided by Ellie Mae, who tracks mortgages.

During 2012, the average down payment for a home was 22%. It now falls in at about 19%. Another interesting aspect is that about a third of the closed home loans have clients with FICO scores that are lower than 700. That figure was only 17% of the loan closings last year. The highest FICO score sets all the way at 850.

Despite the lower credit scores and the lower down payments, mortgage experts claim that lenders have tightened the requirements to get a mortgage. But some lenders did decide to loosen up some of the restrictions as fuel for buying as housing prices struggle to recover and as higher interest rates had negatively impacted the refinancing business.

The changes were incorporated by Wells Fargo and JPMorgan during July, after interest rates spiked sharply during May and caused the refinance numbers to drop drastically. In addition to helping home prices, better access to private mortgage insurance currently is encouraging lenders to offer loans with smaller down payments, according to the experts.