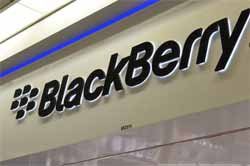 BlackBerry announced in September that it would be cutting its workforce by 40 percent. Since then, it has been reported that many of those people who lost their jobs have been offered employment by Apple. Reports indicate that Apple started grabbing the displaced workers from the struggling smartphone maker around its corporate headquarters in Canada.

In a report from the Financial Post, it indicates that on Sept. 26 Apple hosted a recruitment event at Cambridge Hotel and Conference Centre in Waterloo, Ontario. That location is about 12 miles from the home base of BlackBerry. The report even claims that BlackBerry employees were sent invitations to attend the recruitment fair by Apple through LinkedIn invitations.

According to a copy of the invitation that Financial Post obtained, the majority of the jobs are going to be based in Cupertino, Calif., and Apple is willing to pay immigration assistance and relocation expenses for qualified candidates. It has not been determined what positions that Apple is looking to fill.

On the same day that Apple released the iPhone 5s and iPhone 5c, BlackBerry said it had suffered a loss of almost $1 billion during its second quarter. It also said it would cut about 40 percent of its global workforce, which is about 4,500 jobs.  Just last Monday, BlackBerry started handing out layoff slips, confirming that 300 employees would be laid off from its headquarters in Canada during the first round of job cuts.

BlackBerry’s talented employees are also being eyed by Intel, which has held an information session at the Holiday Inn Kitchener-Waterloo Hotel & Conference Centre in Kitchener, Ontario, on Sept. 28-29 looking for some engineers to add to the company’s Mobile and Communications Group.

BlackBerry is currently contemplating a $4.7 billion takeover bid from a group led by Fairfax Financial Holdings. The company’s largest shareholder is reportedly considering breaking up the company. The company that was once the leading force in smartphones is on the downslide.