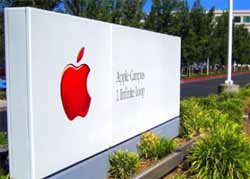 Apple Inc. (NASDAQ:AAPL) [stockdata ticker=”AAPL”] unveiled new iPads at its October 22 event in San Francisco. It upgraded iPad Mini and unveiled the thinnest tablet iPad Air. But the biggest surprise was Apple Inc. (NASDAQ:AAPL)’s announcement that it will give away iLife and iWork applications to anyone who bought iOS devices. The iWork suite of applications offers same functions as Microsoft Office package.

Previously, Apple Inc. (NASDAQ:AAPL) [stockdata ticker=”AAPL”] used to charge $10 for each of its productivity app. The latest Mac operating system Mavericks X will also be free. The free software will help Apple sell more hardware and expand its ecosystem. The Cupertino-based company knows that Android is its biggest enemy in smartphone space. But Microsoft Corp. (NASDAQ:MSFT) [stockdata ticker=”MSFT”] is the real threat to its tablet and PC business. The Seattle-based company is foraying into the high-end tablet market, which is a forte of Apple Inc. (NASDAQ:AAPL).

Though Microsoft Corp. (NASDAQ:MSFT) offers Office suite for Mac, it has been reluctant to bring the apps for iPad. And Apple Inc. (NASDAQ:AAPL) used that opportunity very well. Analysts say the Windows OS maker missed a big opportunity by not offering Office for iPad. Since iWork apps are free to new customers, they are unlikely to shift to Office package later.

Tablets are eating into PC sales, which have been declining consistently over the past few years. Microsoft Corp. (NASDAQ:MSFT) tried to enter the tablet market with Surface, but its devices have failed to woo customers. Low cost software and the emergence of mobile devices are the primary reasons Microsoft Corp. (NASDAQ:MSFT) is shifting to Internet services and devices from being a traditional software company.