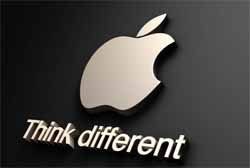 Apple’s brand value has increased enough to knock Coca-Cola Co. out of the top spot for the world’s most valuable brand. Coca-Cola had held the spot for 13 years.

Apple’s brand value has climbed 28 percent to reach $98.3 billion. Google Inc. climbed up to earn second place rankings, with a value of $93.3 billion. The information was released in a study from Interbrand Corp. detailing the Top 100 Brands. Coca-Cola fell to third place, worth $79.2 billion, according to the study.

“Every so often, a company changes our lives — not just with its products, but with its ethos,” Jez Frampton, chief executive officer at New York-based brand consultancy Interbrand, said in a statement. Referring to the current Apple CEO, he further stated, “Tim Cook has assembled a solid leadership team and has kept Steve Jobs’ vision intact — a vision that has allowed Apple to deliver on its promise of innovation time and time again.”

The industry closely watches the annual study. The study determines the brand’s value by financial performance, the ability to secure earnings and its influence on consumer purchases. The Top 10 is rounded out in descending order. The Top 100 have a combined value of $1.5 trillion. This year’s total is an 8.4 percent increase over the figures from last year.

The biggest climbers can credit technology with their advances. Google’s brand value saw a 34 percent increase while Samsung saw its worth improve 20 percent. However, some technology based companies saw major declines. Nokia fell from 19th to 57th on the list, which was the most significant decline in the 14-year history of the study. Yahoo! and BlackBerry fell completely out of the top 100.

The movements in placement for many brands could signify the turmoil the technology industry has encountered during the last year. BlackBerry Ltd., which was the smartphone pioneer, announced that Fairfax Financial Holdings Ltd. has signed a letter of intent to buy the struggling company for $4.7 billion. New names that have climbed up to reach the Interbrand top 100 list are Chevrolet, Discovery, and Duracell. The top movers were Apple, Facebook, Amazon, Google, and Prada.