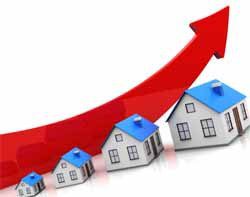 Rental prices for U.S. apartments rose 6% from 2000 to 2012, while incomes among renters dropped 13%, according to Newsday. This has led to an increasing affordability gap for renters, many of whom cannot afford to purchase a home.

Demand for apartments has grown across the United States since the recession and collapse of the housing market.

Meanwhile, the multifamily lending sector has experienced substantial growth over the last few years and has outperformed related commercial sectors, including industrial and retail lending. The trend toward multifamily rental properties is not surprising given the fact that housing affordability is declining and more Americans are now choosing to rent.

By 2020, over one million apartment projects currently backed by low-income housing tax credits will reach the end of the compliance period and will become eligible for market-rate rents. Since the recession, millions of Americans have gone through foreclosure, forcing them from their homes and into apartment leases. At the same time, apartment construction was stalled for the last few years as many builders couldn’t get the loans necessary due to the credit crisis.

As home prices and mortgage rates continue to rise, more potential homebuyers are finding that fewer homes are within their grasp, swelling the number of renters. In 7 of the largest 35 metropolitan areas in the United States — Miami, San Diego, San Francisco, Los Angeles, Denver, San Jose and Portland — more than 50% of homes for sale were unaffordable, according to a recent Zillow study.

As demand for apartments surges, rents are projected to increase even further for the fifth year in a row. More than 50% of renters now pay more than 30% of their income on rent, which bodes well for building owners and investors.

According to commercial real estate data provider Reis Inc., the national apartment vacancy rate has dropped from 8% in 2009 to 4.1% in 2013.

Last week, Newsday profiled Steadfast Income REIT, which is using rental demand and growth in Oklahoma, Kentucky, Illinois and Texas to boost performance of more than $1.6 million invested in buying buildings with around 16,000 units.

According to Ella Neyland, Steadfast’s president, the company avoids expensive coastal markets and purchases buildings where it makes money from tenants earning between $45,000 and $75,000 with average rent of $950.

“Every day I have some apartment home in my portfolio that’s up for renewal,” said Neyland. “As the market improves, I increase the rents.”

As unwelcome as these trends are for tenants, higher rents and demand will produce more income for owners and apartment real estate investment trusts (REITs).