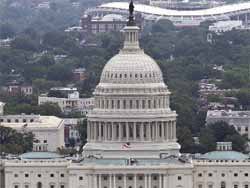 On America’s Independence Day, while many are celebrating the birth of their nation and the freedoms it represents, others will be rallying against what they feel is the unconstitutional surveillance being engaged in by the government against its own citizens.

Restore the Fourth Amendment has planned over 100 protests across the US on Independence Day following recent revelations by whistleblower Edward Snowden that the National Security Agency has been collecting data on every cell phone user in the country and has access to private email communications.

In addition to the scheduled protests, many well-known websites including Reddit, Mozilla and Demand Progress are also taking part in the protests by displaying messages of protest on their sites.

The Fourth Amendment to the Constitution states, “The right of the people to be secure in their persons, houses, papers, and effects, against unreasonable searches and seizures, shall not be violated, and no Warrants shall issue, but upon probable cause, supported by Oath or affirmation, and particularly describing the place to be searched, and the persons or things to be seized.”

The amendment, part of the Bill of Rights, was adopted as a result of practices by the British that led to the Revolutionary War. Authorities would often enter colonist’s houses on vague suspicions or without warrants and conduct searches with no valid reason for doing so.

The Fourth Amendment has until recently been considered such a bedrock principle of American liberty that court cases against known criminals have been dismissed by judges despite clear evidence of the crime, because a proper warrant had not been issued.

However, following the terror attacks on 9/11 Congress passed the Patriot Act which permitted law-enforcement officials to go before special “secret” courts to obtain warrants based not on probable cause, but simply a vague suspicion. This resulted in the government listening in on the phone conversations of American citizens while talking to a person overseas.

When news of the program under the Bush administration leaked out it caused a massive uproar with liberal groups calling for impeachment.

However, with Snowden’s revelations it has since been discovered that under the Obama administration the program has expanded even beyond the scope of what Rep. Jim Sensenbrenner, one of the Patriot Acts sponsors said they ever envisioned.

In an interview on the Laura Ingraham show Sensenbrenner said the Patriot Act “was originally drafted to prevent data mining” on the massive scale that has occurred under the Obama administration.

Supporters have claimed that the government needs to collect all the data on each person’s cell phone records in the event of a future terrorist attack where they might need the information to help find out who the perpetrators are.