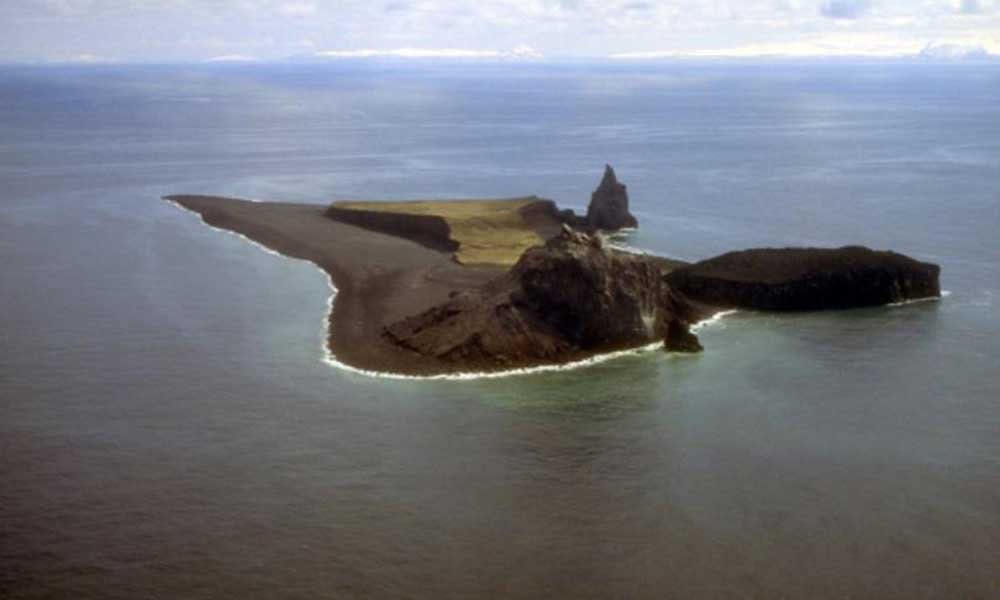 A volcano in Alaska has erupted for the third time in one week. The volcano is in an area that is a chain of mostly volcanic islands in the Bering Sea.

The volcano is Alaska’s Bogoslof volcano which is located in the states Aleutian Islands. The volcano erupted for the third time this week on Friday morning. Lava and fragmented material were ejected from the volcano at around 10:37 a.m.

“We have new observations from today that suggest the new vent is offshore of the little island and has destroyed part of Bogoslof island but also has produced new land,” said Michelle Coombs, a scientist with the Alaska Volcano Observatory.

“I wish we had a crystal ball and could say the exact sequence,” Coombs said. “We definitely don’t have that capability. We’re even more limited in this situation because it’s such a small island we do not have any local seismic monitoring instruments on the island.”

Coombs said that because the new vent is underwater, interpreting seismic activity is very difficult.

On December 23, ash plume from the eruption lasted for about an hour, according to Coast Guard vessel crew in the area at the time.

“The plume was estimated at below 30,000 feet. Unalaska Island, about 61 miles from the volcano, is the closest populated area, but the winds were blowing any ash away from inhabited areas,” said Volcanologist Robert McGimsey.

The explosions from the eruption were finished within 30 minutes. The eruptions were full of volcanic lightning.

The National Weather Service issued a volcanic ash cloud forecast, despite being assured that no ash would make its way into the state’s mainland.

“Stormy conditions are the majority of the reason why ash from the volcano on Bogoslof Island has and will not land on the mainland of Alaska post-eruption,” said meteorologist Michael Kutz.

Signals from the monitoring stations near the island were interrupted due to the major storm.

Activity history from Bogoslof suggests the volcano could be active again in weeks or even not for months. The volcano is currently at watch status.

Coombs said it is hard to predict how much longer the eruption of Bogoslof will last.