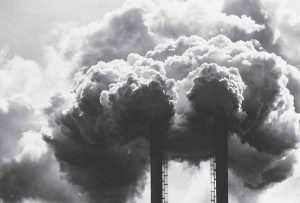 Seven million people died in 2012 as a result of exposure to indoor and outdoor air pollution, the World Health Organization (WHO) said in a release on Thursday.

The hardest hit region by air pollution-related deaths in 2012 were low- and middle-income countries in southeast Asia and Western Pacific Regions, where 3.3 million deaths were linked to indoor air pollution and 2.6 million to outdoor air pollution.

This seven-million-death figure, which the WHO reported, represents one in 8 of the total global deaths, more than doubles previous estimates and it confirms air pollution as the globe’s largest single environmental health risk. Deaths from exposure to polluted air are linked to cardiovascular diseases such as strokes and ischemic heart disease, and there is also a connection between air pollution and cancer, according to the new data released by the WHO. Air pollution is also implicated in the development of respiratory diseases such as acute respiratory infections and chronic obstructive pulmonary diseases.

The WHO notes that about three billion people in low- and middle-income countries still use inefficient fuels and technologies to cook and heat their homes. Charcoal, coal, wood, crop waste, and dung are some of the solid fuel sources still being used, which contributes to indoor air pollution and ill-health, particularly through the production of soot particles, which are inhaled and penetrate deep down in the lungs.

“Cleaning up the air we breathe prevents noncommunicable diseases as well as reduces disease risks among women and vulnerable groups, including children and the elderly,” says Dr Flavia Bustreo, WHO Assistant Director-General Family, Women, and Children’s Health. “Poor women and children pay a heavy price from indoor air pollution since they spend more time at home breathing in smoke and soot from leaky coal and wood cook stoves.”