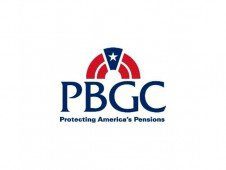 On Monday, the Pension Benefit Guaranty Corporation said that retirement plans for 1.5 million workers in the United States are lacking the proper level of funding to cover benefit payments, meaning that there is a real threat that these workers will have their benefits cut.

“Plan insolvencies… are now both more likely and more imminent than in our last report,” said the report from the PBGC.

Specifically, multi-employer plans, which are plans collectively bargained and maintained by more than one employer, are the ones that are at risk for benefit cuts.

Single-employer pension plans are strong at this point in time. The 30-million single-employer plans are expected to be on stable ground for at least another 10 years, according to the PBGC.

While the U.S. economy has gone through hard times over the past 6 years, causing multi-employer pension plans to be underfunded; most of these plans will remain solvent.

“In the past year, economic conditions have improved significantly and most plans are projected to remain solvent,” continues the agency in its newest report.

However, “even the improving economy will not be sufficient to maintain their [some plans] solvency,” says the PBGC.

The PBGC has played an important role in protecting the benefits of workers in the U.S.

The Washington Examiner reports “If a company goes bankrupt and is forced to terminate its pension plan, the PBGC will generally take over making sure that retirees continue to draw pension benefits, at least up to certain limits. It’s a form of insurance.”

As of last year, the PBGC guarantees a maximum of $57,477 per year for those whose pension plans have been terminated.

In order for this system to work, employers pay a fee to the PBGC for each employee they have.

Due to the increasing number of baby-boomers that are retiring, the PBGC is finding it difficult to fund multi-employer pension plans.

“Some multi-employer plans are deteriorating and PBGC’s multi-employer program is more likely than not to run out of money within the next eight years,” says the agency.

The 1.5 million people whose pension plans are underfunded are in danger of not having the PBGC as a backup should they fail.

The PBGC said that the building and construction, retail food, garment manufacturing, entertainment, mining, trucking, and maritime industries are those that are contributing to the 1.5 million number it is currently predicting.

This report from the PBGC is indicative of the fact that, while the U.S. economy is improving overall, there are still major issues facing everyday Americans.