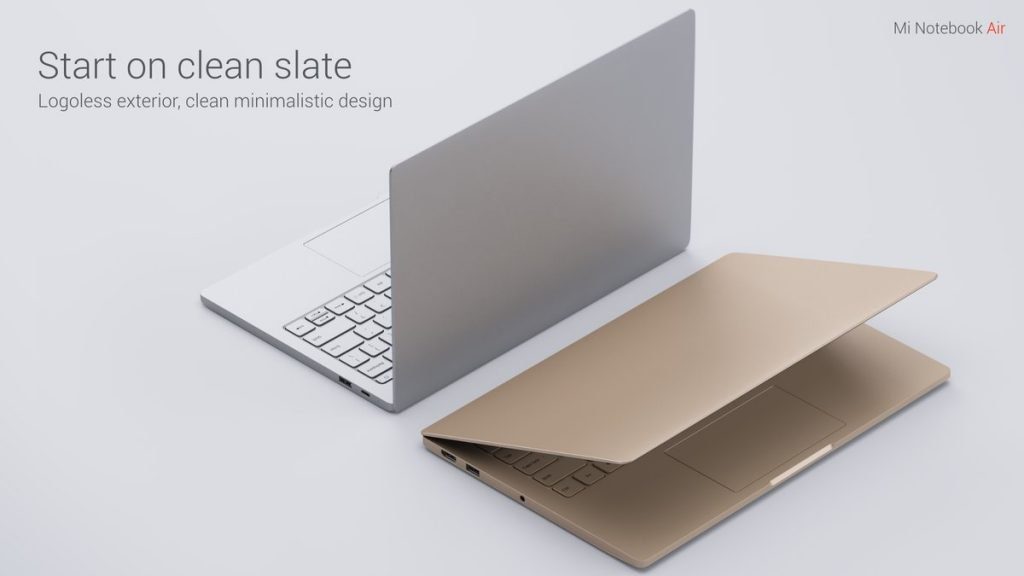 The Chinese startup company, Xiaomi, released today a brand new laptop series that is aimed to compete with the likes of Apple’s Macbook Air. Not only the laptop is thinner and lighter than the Air models, it is also cheaper than what Apple offers, making it an attractive option for power users who want a light weight laptop for everyday needs.

The new Xiaomi Mi Notebook Air laptop comes in an all metal body that weighs just 1.07 grams. Even at the thickest point, the new laptop is just 12.8mm thick. In fact, the laptop is said to be thin and compact enough to get inside your everyday bag. Inside, it comes with a Core M3 processor with 4GB RAM and 128GB of internal storage. There’s USB 3.0 port, USB Type-C and 3.5mm headphone jack on board. Other features of the 12.5-inch Notebook include custom AKG speakers, support for Dolby surround sound, Wi-Fi etc. The laptop will provide up to 11.5 hours of usage on single charge. This means that users can work on the device for an entire day without having to worry about charging it in between.

Along with the 12.5-inch model, Xiaomi also unveiled the 13.3-inch Mi Notebook Air laptop at the event today. This particular model is faster and capable than the smaller variant. It comes with the sixth generation Core i5 processor with 8GB of RAM and 256GB of internal storage. Both the models have expandable storages. Also, both feature 1080p resolution with anti-glare coating.
This 13.3-inch model boasts of a battery life of 9.5 hours, which is pretty good. Along with the ports found on the 12.5-inch model, this model also adds an HDMI port on board. It is just 14.8mm at the thickest part and weighs 1.28 kg.

Both the models are expected to go on sale in China from August 2. The 12.5-inch model goes on sale for 3499 Yuan ($525) while the faster and larger 13.3-inch model will retail at around $750.
Along with these two laptops, the company also unveiled a brand new smartphone in its Xiaomi Redmi lineup today. The new model called as the Redmi Pro comes with a deca-core Helio X25 chipset with 4GB RAM, 128GB storage and dual cameras at the back. The top-end model is said to retail at a price tag of around $300 in China.