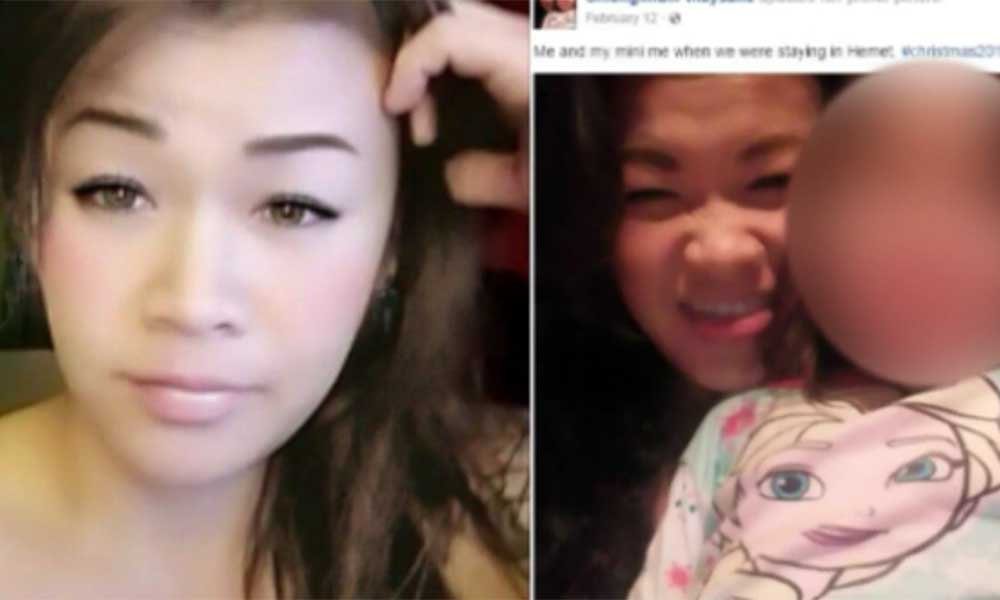 
Late Tuesday afternoon, a woman suspected of abandoning her 2-year-old daughter in a Riverside grocery store was arrested after being identified by a bank teller who recognized her face from the news reports.

There has been an intense search for the woman, who was last seen in a Food 4 Less supermarket on Sunday night. Chiengkham Vilaysane’s arrest has brought the intense search to an end.

Vilaysane, 31, who may also go by “Cindy” was seen walking into the grocery store in the 4000 block of Van Buren Boulevard along with her dauther, according to Riverside Police Det. Paul Miranda.


AT some point during the shopping trip, the young girl wandered off. However, Vilaysane continued shopping and never searched for her daughter, police said.

A good Samaritan spotted the girl and found Vilaysane. When the individual presented the child to Vilaysane, her response was “Oh, just leaver her,” according to police.

She then continued to pay for her groceries and intentionally leave the store without her daughter, police said.

“I haven’t seen anything like this before,” Miranda said. “I think that’s what struck a nerve.”

When the 2-year-old was shown the photograph from the surveillance camera footage, she identified Vilaysane as “Mommy,” police said.

Detective Miranda said the girl was never reported missing and is now in custody of the Riverside County Department of Child Protective Services.

“She is a little bit shaken up,” the detective said.

The girl does not show any obvious signs of trauma and appears to be in good health though, Miranda said.

On Monday night, police released the surveillance video showing Vilaysane walking through the grocery store with the girl, with the woman’s identity not known at the time. However, viewers recognized Vilaysane and provided more information about her to the detectives, Miranda said.

The woman was recently kicked out of her family home, he said. Police believed she could have been in Riverside or Hemet.

Vilaysane was taken into custody by officers and booked on suspicion of child endangerment, child neglect and being under the influence of controlled substances.

She has had previous run ins with law enforcement for drug- and alcohol-related offenses, Miranda said. She has also been previously places on a 72-hour psychiatric hold, he said.

Since the video was released, the police department has received an outpouring of support from people who are interested in adopting the little girl, he said.

California city offers up to $40,000 down payment assistance
Russian agents were behind Yahoo breach, US Says