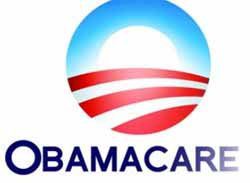 There is a federal law on the books called the Endangered Species Act.

In a recent interview on Fox News, Dr. Ben Carson – the now-retired pediatric neurosurgeon who made headlines in February when he countered the Affordable Care Act in a keynote speech at the White House Prayer Breakfast – said that despite traveling all over the country and meeting with many medical groups and individual doctors, he maintained that he was having “great difficulty” finding anyone in the medical profession who likes what is coming down the pike with the Affordable Care Act, or Obamacare.

The law was signed in early 2010, and was touted as being supported by the powerful American Medical Association, which is the country’s largest association of doctors and medical practitioners.

Since various parts of the Act have gone into effect, however, if the AMA is still in support, then it must be just the organization itself, because Carson said he isn’t finding an individual doctor who is in favor of the law at this point.

It has been reported anecdotally that a number of doctors are planning early retirements get out from dealing with the new “normal” in American health care, and there are other reports of doctors who are still in private practice refusing to take any more Medicare or Medicaid patients because the reimbursements will be so low. Already, several insurance companies have stayed out of the exchanges, and others that are participating are eliminating top hospitals and specialists from their networks.

When Stuart Varney of Fox News asked Carson about doctors and whether they are OK with the changes the Affordable Care Act is imposing, Carson said, “It they are (OK with it), they’re hiding from me.”

“I travel all over the country and talk to a lot of groups — including lots of doctors — and I’m having a great difficulty finding anybody who likes this,” Carson said. “It’s profoundly affecting what they’re doing. People didn’t sign up to become government employees. They signed up because they were intellectually gifted and wanted to use those gifts to bring health to their patients, not to satisfy some bureaucrat.”

Can we help those pro-Obamacare doctors get the Endangered Species Act protection they apparently deserve?