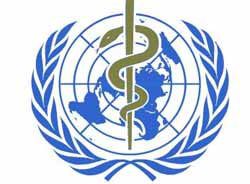 A superbug strain of tuberculosis could prove life threatening to those misdiagnosed or placed on the wrong medication.

The World Health Organization (WHO) reports that of the half million people who fall sick with these strains that less that one in four were properly diagnosed. According to recent data from WHO, of the 9 million people who contract some form of this superbug, a third never receive treatment. Experts say poor diagnosis has produced an incurable strain of the bacterial infection known as totally drug resistant TB.

“Earlier and faster diagnosis of all forms of TB is vital,” said WHO director general Margaret Chan. “It improves the chances of people getting the right treatment and being cured, and it helps stop spread of drug-resistant disease.”

The WHO says that some of the concerns regarding the disease, including people being unaware of having contracted it, the high risk of spreading it during the time period from contraction to diagnosis, — up to 2 months in ill equipped countries — and misdiagnosis are leading to time wasted on improper treatments.

The WHO estimates that the infection will spread to up to two million people worldwide as early as 2015.

They suggest trading out the traditional diagnostic tests, which take up to two months to receive results, with new technology that produces speedier results in the countries that require such testing yet lack access to it.

Chan explained the promising efforts of an international project known as EXPAND-TB (Expanding Access to new Diagnostics for TB), it’s purpose is to help developing countries to gain access to better diagnostic testing and quicker treatments. The project is financed by UNITAID, a nonprofit organization, and has reported tripling the access to those in need.

“The gap in access to TB diagnostics and care is far from filled, but it is narrowing,” said Mario Raviglione, director of WHO’s global TB program. “Increased capacity and reduced prices mean that we can reach more people.”

The WHO plans to use such projects as EXPAND-TB decrease risk and improve the livelihood of those currently suffering with TB. In the long term this should decrease the spread of this superbug.