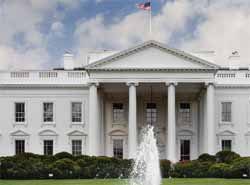 On Wednesday, Senator Lindsey Graham, a South Carolina Republican, made clear that congress would not allow any further unlawful releases of terrorists from the facility at Guantanamo Bay, Cuba to go unpunished. According to Graham, another unilateral decision by the President to free terrorists, as he did last week when he set 5 war criminals free in exchange for Army Sgt. Bowe Bergdahl who spent five years in Taliban custody after walking away from his post in Afghanistan, will not be tolerated.

Obama has said that 2014 is the year in which he will close the Marine Base/Detention Facility that houses terrorists and other enemy combatants at GuantanamoBay. This move would finally fulfill one of Obama’s campaign promises from back in 2008.

Yesterday, Fox News reported that the President is now considering the release of another Gitmo detainee, one Fouzi Khalid Abdullah al-Awda, who has been held prisoner for 12 years after he traveled from his home in Kuwait to Afghanistan just before the 9/11 attacks to train in terrorist camps, and fight in the ranks of the Taliban and/or Al Qaeda,

Obama’s determination to fulfill this campaign promise led conservatives to worry that the President might empty Gitmo, as it is called, on his own volition without giving the decision proper and lengthy consideration. To that end, congress previously attempted to take steps to keep Obama from making unilateral decisions such as the Bergdahl exchange, by including language in the National Defense Authorization Act requiring the administration to alert Congress of such proposals at least 30 days in advance.

Obviously, that failsafe system was ignored in the recent exchange of prisoners.

In the Bergdahl matter, no warning was given to congress. Not even Senators Feinstein (D-CA,) and Chambliss (R-GA,) who share the helm of the Senate Select Committee on Intelligence, were informed of the trade until after it was completed. Both Senators have made strong statements in condemnation of the White House’s independent decision-making. Chamblis spoke at length following a closed-door briefing by the White House on the matter which left many Congressionals with more questions than answers about the circumstances around the exchange and the possible threat from the Talibani terrorists for which Bergdahl was traded.

“In addition to explaining why he did not notify Congress of this prisoner swap, President Obama needs to look the American people in the eye and explain why he was justified in releasing these individuals,” Chambliss said today. “He also needs to explain the risks associated with transferring these individuals and why they will never face justice for their past actions.

Saxby went on, “The president should immediately declassify each of their 2009 assessments and let the American people know what each of these individuals was accused of, why they were being held at Guantanamo, and what this administration found in each of their annual reviews. If the American people had this information, they would agree we should not be returning these terrorists back to the fight.”

The decision to free the five Afghani terrorists has created an enormous groundswell of concern with the American people. Now that we, as a country, are known to negotiate with terrorists, some fear that  Americans travelling abroad will be targets for terrorist captors who need ‘bargaining chips.” With all eyes now on Gitmo, should the President spring another release on the people, Senator Graham says there will be dire consequences.

“It’s going to be impossible for them to flow prisoners out of Gitmo now without a huge backlash,” Graham said. “There will be people on our side calling for his impeachment if [the president] did that.”