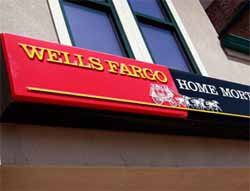 According to Tim Sloan, the chief financial officer of Wells Fargo, the mortgage refinancing boom has officially ended. Wells Fargo and other major lenders have watched as refinancing activity has dried up following rising interest rates. Most have cut mortgage-related jobs, put an emphasis on mortgage-servicing fees, and searched for new ways to make money.

The way Wells Fargo has chosen to handle the issue will have an impact on the entire industry, as it is the largest mortgage lender in the United States.

Along with lending for high-end mortgages like jumbo loans, Wells Fargo is embracing some types of interest-only mortgages and other products that do not meet new Qualified Mortgage protections.

After exiting the subprime mortgage market almost four years ago, when much of the financial sector fled the space, Wells Fargo is carefully stepping back in. The lender handled the financial crisis better than most banks, and it says it has worked through enough of the crisis-era mortgages to once again lend to consumers with less-than-perfect credit. It will begin looking at consumers with credit scores of just 600, down from a previous floor of 640.

Any loosening in credit standards may improve housing demand from consumers who have been forced to sit out of the housing recovery, but it may also stoke fears that lenders will make the same mistakes that caused the financial crisis.

Few banks seem ready to follow Wells Fargo into subprime lending, but some small companies outside the banking system, including Citadel Servicing Corp, are increasing subprime lending. Lenders have chosen to call the loans “alternative mortgages” or “another chance mortgages” to avoid the stigma associated with “subprime.”

Lenders also say they are stricter about loans in general following the crisis, when standards were so lax borrowers were not even required to provide proof of income. Borrowers must now make a large down payment and prove they are able to handle the mortgage.

Under the 2010 Dodd-Frank law, borrowers must now meet 8 criteria to get a mortgage, including earning enough income with fairly low debt. If borrowers do not meet these criteria and default on their mortgage, they may later sue the lender and argue the loan should not have been made.

Lenders certainly have incentive to try again in the subprime market. Rising mortgage rates since 2013 are expected to reduce mortgage lending this year by 36%, according to the Mortgage Bankers Association, due in large part to decline in refinancing.

Subprime lending may help banks reduce the damage to their earnings, while also helping the economy.

Wells Fargo avoided the worst loans during the subprime era by avoiding adjustable-rate mortgages entirely. The bank is now looking to lend to consumers with weaker credit, but only if the loans can be guaranteed by the FHA, which may then be packaged into bonds and sold to investors.