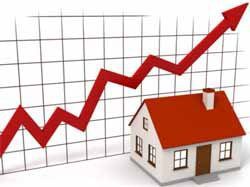 In 2013, the number of home loans guaranteed by the Department of Veterans Affairs reached a record high as the loans gained popularity after the housing bubble burst.

VA loans were designed to provide long-term financing to American veterans and surviving spouses. The original program was passed in 1944. Since then, 18 million VA loans have been insured by the government, with 2013 marking the highest level on record.

Historically low mortgage rates have been a primary factor in the increase of VA loans for refinancing, with nearly 50% of VA loans in 2013 being refinancing loans. As interest rates began their increase in December, this activity started to drop off.

The strict lending climate of the past six years is also credited with pushing many toward VA loans, which became the most viable option for many veterans.

“It’s become so much more difficult for military personnel and veterans to qualify for conventional lending,” Birk added.

In a recent article for Huffington Post, Birk also discussed what new qualified mortgage regulations will mean for VA loans in the future. He said the new regulations, which went into effect last week, should have very little impact on the VA program, if any.

As the VA program has always incorporated safe underwriting, financial requirements for VA loans will not change, as VA lenders have already been looking at the eight factors required in the new Ability to Repay requirements.

VA loans do not require a down payment, and nearly 90% of all VA purchase loans were made with no money down. According to Mike Frueh, director of the VA’s Loan Guaranty Program, the average borrower has just $7,000 in liquid assets at closing, which is not enough for a down payment.

Unlike FHA loans, VA loans do not require private mortgage insurance, which increases the borrower’s monthly payment. Frueh said that borrowers will save $35 billion on the loans made last year by avoiding these premiums over the life of their loans.

VA loans do have restrictions that limit who can qualify. Loans must be for primary residences, and the VA limits the amount it will guarantee. These limits are based on the median home prices in the area, ranging from $417,500 to $1,094,625.

While the VA has no minimum credit score necessary, lenders usually add their own, and tend to hover around 620. The VA remains concerned with income and expenses over credit rating.

VA loans have shown the lowest foreclosure rates over the last five years, according to the Mortgage Bankers Association.

“People naturally assume these loans are risky,” said Birk. He added that the residual income requirement goes a long way toward avoiding extending loans to borrowers who cannot afford a mortgage.