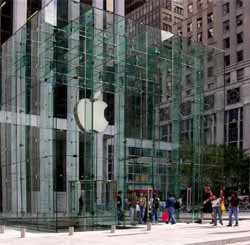 The US Department of Justice is pushing for an odd and interesting punishment for Apple Inc after a federal court decided in July that the company was guilty in conspiring to increase e-books’ tag prices. According to the agency, Apple should instead allow Amazon.com and Barnes & Nobles to resume selling e-books on iOS devices again.

The DOJ thinks it would be fair for Apple’s rivals to be allowed again to provide links to their respective e-bookstores in their e-reader apps. Since 2011, Apple has prohibited its rivals to include their links to e-book shop. The Justice Department believes that by doing so, consumers could easily compare prices of e-books in Apple Store and in other e-bookstores like those from Amazon and Barnes & Nobles. It is expected to reset competition so it could revert back to conditions prior to the conspiracy in the industry.

Apple stirred controversy among e-book buyers when it mandated a 30% cut in sales of apps. To ensure that commission system would happen, the company barred the display of ‘shop’ links that redirect users to other online stores other than that owned and controlled by Apple.

If the court would agree with this proposal, booksellers would score a victory when their shop links are restored in iOS apps. It would also benefit more e-book buyers, especially students who opt such digital book versions because of their very limited financial resources.

As expected, Apple would not give up the fight. The company has announced plans to appeal that court decision. It would also oppose DOJ’s proposed punishment, describing it as overboard, unnecessary, vague, and punitive.

Cleaning up the system

That proposal was just one of many options submitted by the DOJ and several state attorneys general to the court. Their goal is to avoid possible recurrence of those illegal activities. At the same time, they asked Apple to terminate its current contracts with its co-conspirators like Simon 7 Schuster, Penguin Group, Hachette Book Group, and HarperCollins.

It is expected that if the court gives in to the DOJ’s proposal, Apple would be forced to avoid entering into agreements that would compromise competition. Interestingly, the DOJ is also proposing to assign an external monitor, which would ensure that all companies would comply with new mandates. The hearing for the proposals is expected on August 9 (Friday).