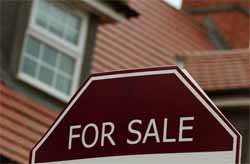 Underwater homeowners who are trying to get their finances back in check will soon face a big surprise, as the 2007 tax break on forgiven mortgage debt is set to expire if Congress doesn’t act.

The Mortgage Forgiveness Debt Relief Act allows homeowners to forgo paying taxes on canceled debt that was used to build, improve, or buy a primary home up to $2 million in value. With this tax back in place, millions of homeowners will be affected.

The federal law is set to expire on December 31st.

“It’s potentially going to put a lot of people in harm’s way because they’re going to have a huge tax impact,” said Cynthia Lewis, an Orlando bankruptcy attorney. She noted that people just barely getting by will be forced to default on other important debts like auto loans.

Without the waiver in place, homeowners must pay income taxes on any mortgage amount forgiven by their lender, including foreclosure. Homeowners must also pay taxes on mortgages that are unpaid due to a loan modification or a short sale.

While U.S. Senator Bill Nelson’s office played a large role in extending the waiver last year, a spokesperson for his office said Congress will not extend the law into 2014.

“We shouldn’t punish homeowners whose house has depreciated through no fault of their own. If someone is $30,000 underwater on their mortgage, and the bank cancels that debt in a short sale, they’ll end up having to pay the IRS taxes on the $30,000. That just doesn’t seem fair,” Nelson said.

The law has been extended twice, but Senate staffers say that mortgage default is no longer a huge problem for the economy as a whole.

The change will likely come as a surprise to many homeowners, who will suddenly face a huge tax bill they had not expected or planned for. While the IRS may set up a payment plan, it’s not likely to negotiate down the amount, and these payment plans come with interest charges.

Home prices have increased this year, allowing many homeowners to sell and break even, or see a profit. Despite this, millions of homeowners are still underwater. In the Orlando area alone, half the region’s mortgaged homes are underwater.

This news comes as mortgage delinquencies in the United States reach the lowest point in five years, and as more programs take effect to help homeowners.