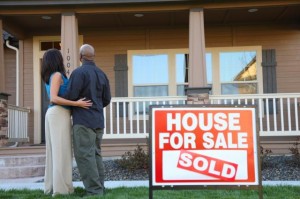 The U.S. homeownership rate has fallen to the lowest level in nearly 19 years as rising mortgage rates and home prices lower demand.

The percentage of Americans who own their home fell to 64.8% in the first quarter, down from 65.2% in the previous three months, the Census Bureau said in a report released on Tuesday. This is the lowest rate since the second quarter of 1995, when the homeownership rate was 64.7%.

“Homeownership is one of the most important paths to the middle class for families. It’s how folks put down roots, build wealth, put kids through college, start businesses,” said Shaun Donovan, secretary of Housing and Urban Development. He added that many people are ready to buy a home but are unable to qualify. Donovan is now seeking action from lawmakers to tackle housing finance reform and improved access to affordable rental housing.

Rebounding home prices and mortgage rates that have started to climb from near-record lows last year may have put owning a home out of reach for many would-be home buyers. The S&P/Case-Shiller index of home values in 20 cities also increased 12.9% in February from the previous year.

“The homeownership rate is held back by slow job growth, tight mortgage credit and declining affordability,” said Jed Kolko, chief economist at Trulia Inc. “We’ll see it stay around this level for some time.

Economists are not surprised at the declining homeownership rate, as first-time buyers have been priced out of many areas and face tighter credit standards.

Before the housing bubble burst, the homeownership rate reached a peak of 69% in 2004, but it has remained around 65% for the past two years. Since the recession, consumers have been less likely to make the move from rental properties to homeownership, even as the housing market improved.

This decline in homeownership has led to greater demand for rental properties, along with rental housing shortages and rising rents. The rental vacancy rate hit 8.3% for the first quarter. The last time rental vacancy was this low was in the early 2000s. According to data provider Reis Inc., the national vacancy rate for apartments dropped from 8% in 2009 to just 4.1% in 2013. Nationwide, rent rose 3.2% last year compared to 2012, or 6% between 2000 and 2012. This trend favors investors in rental housing.