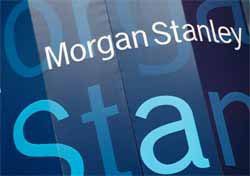 Twitter Inc (NYSE:TWTR) TWTR +2.96% may not be the obvious place for television advertising to go, according to a new report from Morgan Stanley (NYSE:MS). Analysts at Morgan Stanley downgraded the company from Equal Weight to Under Weight in a new report. The company’s shares were down by more than 5% when they opened on Monday as a result of the report.

According to the analysts, Twitter Inc will not be the major beneficiary of changes in the way advertisers address television spending. The company has been selling itself as a major beneficiary as TV spending changes, pushing the “second-screen strategy.” Morgan Stanley (NYSE:MS) analysts do not agree.

Twitter Inc (NYSE:TWTR) TWTR +2.96% is being pushed from multiple sides as it tries to secure revenue from the advertising industry. As Google Inc (NASDAQ:GOOG) continues to dominate the industry, and Facebook Inc (NASDAQ:FB) tries to break into the business, Twitter Inc has been trying to differentiate itself.

That differentiation has involved heavy usage of the term “second-screen strategy.” Twitter Inc (NYSE:TWTR) is selling itself as an ideal complement to television, and content providers are taking notice. There are few major shows that do not incorporate Twitter in order to push greater engagement. That does not automatically translate into advertising revenue, however, and the Morgan Stanley analysts have burst many a bubble with their assessment of Twitter Inc’s (NYSE:TWTR) TWTR +2.96% prospects.

The obvious place for television advertising to go, according to the report, is not Twitter Inc (NYSE:TWTR), it’s online video. That market is dominated by Google Inc (NASDAQ:GOOG) GOOG +1.03% with YouTube, and should be met with competition from Facebook Inc (NASDAQ:FB) FB +1.17% in 2014. Twitter is a long way from offering video advertising, and that means that advertisers are a long way from moving large portions of budgets to the social network.

As it is late to the game, Twitter Inc needs to differentiate itself in order to perform. It cannot simply copy Google Inc (NASDAQ:GOOG) and Facebook Inc (NASDAQ:FB) and hope to succeed. Right now the company is trading at a large premium to those it competes with, and that makes it a risky prospect for investors in the company.

The future is unclear for Twitter Inc (NYSE:TWTR) TWTR +2.96%. Competition in online advertising is fierce. Twitter is far behind its rivals on both ad technology and ad performance. The company has a long road ahead and it is littered with risks. Day one investors might do well taking their gains and leaving the social network out of their portfolios.

Apple (AAPL) Acquires SnappyLabs, May Use It In iPhone 6
Nothing Altruistic About Facebook’s Initiative To Spread The Internet