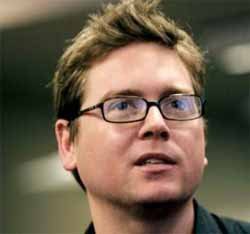 Biz Stone, the co-founder of micro blogging site Twitter, has offered a business advice to social networking Website Facebook—start a premium subscription option. He thinks that this advice could help the Facebook generate up to $1 billion in additional monthly revenue. That is if the social network would start offering an optional $10 monthly service where ads would be eliminated.

Stone added that if at least 10% of all Facebook users would subscribe to the service, the company would easily earn a billion each month. A Facebook Premium service that is spared from ads would be a good proposition to many users who dislike the interruptions and disruptions brought about by those ads.

How did he know about the dynamics of Facebook when in fact Twitter is its direct competitor? Stone revealed that he has joined Facebook years ago. However, he disclosed that he decided to take a hiatus when he started getting annoyed by the continuously streaming incoming requests. His experience was quite common: his Facebook account soon got too busy with all those requests until he would not keep up anymore.

But just recently, he had to start using Facebook again. When he started his new endeavor called Jelly, he strategically hired several Facebook employees. He has also recently discovered the usefulness of adjusting settings to make his social media experience less stressful.

This is when he realized how ads somehow spoil the Facebook experience. Although most users may not tolerate those because they know those help make the site continue, Stone is sure that a premium service without those hassles would entice more Facebook users.

This may not be a welcomed idea to most users but Stone insists that it could be a viable option, which willing subscribers could easily obtain. He thinks that not all Facebook users would sign up for the premium service but even if only a small fraction does so, it would translate to a substantial amount of additional income for the company, which has been struggling to generate income.

The unsolicited advice is quite surprising as it comes from one of the brains behind Twitter. For many years now, Facebook and Twitter have been sharing the same stand about the inclusion of ads on their Web pages. While the two sites may have differences, they logically share the stance to favor ads because those certainly help keep their sites free of charge to users.