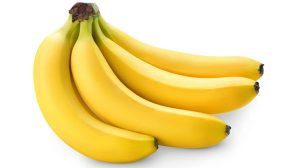 Six weeks of human trials in the U.S, are set to begin soon on “super bananas,” which have been genetically engineered so that they super enriched with vitamin A, a vitamin believed to play a critical role in human health. This project, which is backed by Bill Gates, is expected to improve the nutrition of millions of people living in Africa.

Researchers have been in their labs at the Queensland University of Technology (QUT) since 2005 working on the super banana, backed by a $10 million funding from the Bill and Melinda Gates Foundation. Professor James Dale, researcher attached to the project, said in a statement to QUT: “Human trial is a significant milestone for this project which started in 2005 and should see pro-vitamin A-enriched banana varieties being grown by Ugandan farmers around 2020. The Highland or East African cooking banana, which is chopped and steamed, is a staple food of many East African nations but it has low levels of micronutrients, particularly pro-vitamin A and iron.”

It is reported that vitamin deficiencies are extremely common in East African countries and that the fortified bananas would go a long way in reducing the deficiency.

Apparently, the researchers have already been in farms in Uganda, Rwanda, Tanzania, and Kenya, and have enriched the bananas there with micronutrients to improve crops in the future. This activity was conducted pending the approval of the genetically modified crops which are to be commercialized.

The fortified banana will be distinguished by its color.

Super bananas have already been safely eaten by Mongolian gerbils.