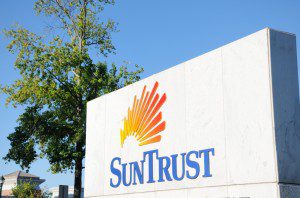 A $1 billion settlement has been reached with California and other state and federal agencies over claims of mortgage servicing abuse by the home lending arm of SunTrust Banks Inc.

The Justice Department announced on Thursday that the Virginia-based lender will pay $968 million to resolve claims it underwrote and endorsed faulty mortgages. The settlement includes money that will go toward homeowner relief as well as a requirement that the company improve the way it handles mortgages and foreclosures.

SunTrust will pay $500 million to help borrowers at risk of default as well as homeowners who are underwater on their loans through principal reductions. $418 million will resolve allegations the lender underwrote bad mortgages. The bad loans resulted in substantial losses to the Federal Housing Administration, which insures residential home loans. The settlement also includes a $50 million penalty and $40 million to be distributed to homeowners and borrowers.

According to authorities, SunTrust Mortgage, a subsidiary of SunTrust Banks Inc, originated and underwrote bad loans between 2006 and 2012, gave borrowers misleading and false information about their foreclosure status, and charged unauthorized fees. The government also alleges the company’s internal documents show they were aware of the problem, as well as high rates of error in FHA-backed loans.

SunTrust used servicing shortcuts and unauthorized fees while failing to accurately and quickly apply payments made by borrowers. It also deceived homeowners about alternatives to foreclosure and improperly denied loan modifications by failing to proper process applications and calculate eligibility before giving misleading or false reasons for the loan modification denial.

SunTrust was also found to have engaged in illegal foreclosure practices by giving misleading or false information to borrowers about the status of the foreclosure proceedings when the borrower was, in good faith, pursuing an alternative. The lender also used robo-signing.

“SunTrust’s conduct is a prime example of the widespread underwriting failures that helped bring about the financial crisis,” said Attorney General Eric Holder.

Borrowers who lost their homes in foreclosure between 2008 and 2013 and dealt with servicing abuse from SunTrust will be eligible for payment from the $40 million fund.