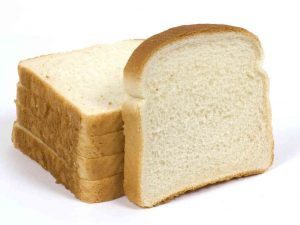 Scheduled to present at the European Congress on Obesity, Spanish researchers identified white bread as increasing the likelihood of obesity by up to 40 percent. These findings were the result of a study that included more than 9,000 participants over a 5 year period.

White bread, typically identified by its color, is bread that does not contain whole grain flour. It is sweeter bread that is frequently missing nutrients typically found in whole grain bread. As a result, it is often sold enriched with vitamins and minerals. The flour used to make white bread is broken down from whole grains either mechanically or by bleaching the grain.

Whole grain flour, on the other hand, is flour that has been made using the entire grain. Consuming the entire grain is considered to be healthier than eating grains that have had their outer shell, which is known as bran, removed.

While the health benefits of whole grains are already widely known, there are not many studies that study its effects on weight exclusively. When compared to white bread, the study showed no significant link between eating whole grain bread and weight gain.

In addition to drawing attention to the differences between white bread and whole grain bread, the study also suggests that white bread has a very strong potential to lead to weight gain.

The researchers concluded that only “two portions per day” were necessary to show a “significant direct association with the risk of becoming overweight or obese”.

Although the study was conducted at the University of Navarra in Spain, it has not been published in a peer reviewed journal. Until this has occurred, it is not considered scientifically credible.