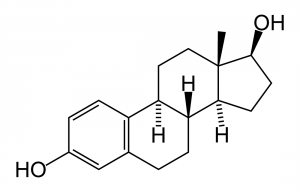 Recently published research out of the California Institute of Technology has not only located the neurons responsible for aggression and sex drive in men, it may have also determined how to manipulate them.

In a study led by Hyosang Lee, and based upon previous findings led by David J Anderson, Cal Tech researchers identified neurons they call ‘attack neurons’ responsible for aggression and mating in male mice. In identifying them in mice, they were also able to stimulate both aggressive behaviors between males and mating behavior.

These genes were not present in the female mice.

Researcher David J Anderson explains some of the goals for the research:

“These studies should lead to a better understanding of how internal states, such as arousal or motivation, are translated into behavioral action-selection (“decision-making”)”

In order to locate the neurons, scientists used a technique called optogenetics, which uses light and electrodes to stimulate specific neurons in the brain. When they stimulated the ‘attack neurons’ using optogenetics to its highest point, researchers were able to stimulate aggressive behavior such as attacking.

They were also able to stimulate mating behaviors in both female and male mice by stimulating the same neurons to a lesser extent.

Researchers were not able to locate the same genes in the female mice, but this does not mean that a similar function is not controlled elsewhere in her brain.

While much information was obtained by simply locating the neurons, researchers also determined that those neurons contained receptors for estrogen.

Estrogen is the primary female sex hormone used by the body for menstruation and sexual responsiveness (such as libido). It is found in oral contraceptives, depression therapies, breast cancer treatment, and symptoms of menopause. Estrogen has occasionally been used in males for the treatment of prostate cancer.

Further research is needed to determine how estrogen may affect male aggression.