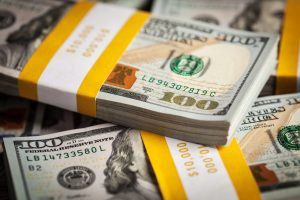 Volatility has come back to Wall Street in a big way. Thanks to Microsoft’s (NASDAQ:MSFT) soft earnings, the threat of the strong dollar to the U.S. economy is now the center of many analysts’ and market watchers’ attention. This should not be a surprise. If there is any one factor that the market prizes, it is stability. With stability comes predictability. Predictability also doesn’t generate as much money as volatility. There’s a lot to be said about volatility’s ability to produce opportunities.

Well, thanks to the strong dollar, expect the market to be quite volatile as market players try to feel their way around in this new financial landscape. Of course, the strong dollar is not going to impact all companies equally. Companies that are very insular and do most of their business in the United States shouldn’t get impacted as much. It primarily multinational American corporations who have a lot to worried about.
Microsoft got hit hard by the dollar’s appreciation because it deals with a lot of overseas hardware manufacturers. These personal computer manufacturers use bulk licenses from Microsoft. The stronger the dollar becomes, the less attractive Microsoft products become to these manufacturers. While the global operating system market is still pretty much dominated by Microsoft, it doesn’t take much weakness in foreign demand to put a dent on Microsoft’s bottom line.
Be on the lookout for stocks that deal with a lot of international customers. These are the American companies that should feel the most pressure due to the strong dollar, as well slowing global growth.
Sponsored Links

Why Are Americans Feeling More Financially Secure?
Is the US Housing Market Poised for Another Boom?