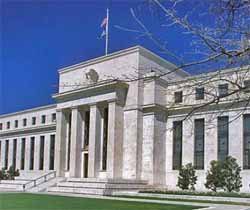 Everyone is anxiously awaiting the stimulus program to start its wind down, not knowing for certain when the Federal Reserve will start tapering the bond buying. The Federal Reserve has been purchasing $85 billion in bonds each month to keep interest rates low. However, many experts believe that the tapering could impact other countries and even cause smaller emerging economies to completely collapse.

On Saturday, a group of central bankers and economists met for a symposium in Jackson Hole, Wyo. As the Federal Reserve was working to save the economy here in the U.S. during the last four years they pushed interest rates down to historic lows. As they bought the bonds, the U.S. dollar’s value dropped so investors made the decision to seek higher returns in markets that were considered to be riskier.

Large influxes of U.S. dollar based loans then went to India, Brazil, Indonesia and other countries in Eastern Europe. Those countries, of course, benefited greatly from the financial traffic. China, Korea and Thailand saw real estate prices increase and stock values spiked in China, Mexico and Russia. Borrowers in Brazil, China, Korea and Turkey found credit to be more accessible and readily available.

However, as the Federal Reserve is preparing to taper, and then eventually end, the stimulus efforts, the U.S. dollar has already started gaining value over foreign currencies such as the Indian rupee and the Brazilian real. Investors have begun pulling their money from those countries, which has triggered panic.

Experts have indicated that as the currencies fall in emerging markets, there will be a fear that borrowers there may not be able to repay their loans, which are dollar dominated. Should there be loan defaults in large numbers, banks could suffer greatly with some even falling. It has been pointed out though prices will not necessarily drop just because the value of the currency in those countries is dropping. Many countries import many items, including food and oil, and those are priced in U.S. dollars. The end result is that basic needs will become much more expensive to the average person.

The symposium in Wyoming had two papers presented that urged the central bankers to consider the possible international repercussions of the domestic policies. The Managing Director of the International Monetary Fund Christine Lagarde presented a speech at the event calling for more international cooperation.

Experts indicate that smaller countries that are just emerging are known to coordinate monetary policy efforts. An example is how a central bankers club was formed with members from the various countries of the Balkans, the Black Sea region and Central Asia. However, coordination of that sort is not expected to be politically popular in the United States. After the financial crisis, 14 countries were offered dollar swap lines by the U.S. Although the effort and cooperation was considered successful, Congress and the general public did not look fondly upon the action.

It has been noted the discussion remains to be a subject of controversy as it does directly conflict with U.S. law. Congress has informed the Federal Reserve to make its policies around the focus of maximizing the number of jobs and the stability of prices in the U.S.

Some indicate they key message of the symposium this past weekend is that there is a call to bring monetary policy current with the global economy.