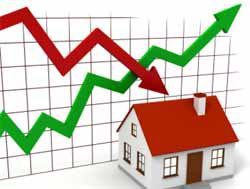 Home buyers and homeowners refinancing this spring have caught a break: mortgage rates, which were expected to rise quickly this spring, have remained relatively stable. Inflation rates remain low as well, and it’s possible that mortgage rates will remain low.

Despite this, many economists predict mortgage rates will begin rising in the near future, which may be part of the reason potential buyers are acting quickly. Mortgage rates are not the only factor that is spurring increased housing demand.

Evidence from mortgage brokers, lenders, and homebuilders suggests demand for residential homes is improving, possibly opening the path for increasing improvement in an economy that has been slow to pull out of the financial crisis.

According to the Mortgage Bankers Association, mortgage applications for purchases have increased 13% in the last five weeks, while the private sector has regained all of the jobs lost since the recession. U.S. consumer confidence also hit the highest levels in more than six years.

Home prices continue to climb, and many home buyers are now seeking to take advantage of low interest rates before they potentially spike higher.

One unusual thing has happened with mortgage rates in today’s market: a shrinking spread between conforming and nonconforming loan rates. This means homebuyers today will find that they can get lower rates on a larger mortgage, possibly for the first time ever.

In the week ending on April 4, the average rate for a 30-year fixed mortgage was 4.56%, compared to the average rate for a jumbo loan of 4.49%. Large banks cannot sell jumbo loans to Fannie Mae and Freddie Mac and must instead keep these loans on their books. With interest rates extremely low, banks are finding it profitable to offer jumbo loans at such low rates. This is especially true as the refinancing market dries up and lenders are competing for jumbo loans.

This declining spread between conforming and jumbo loans also indicates a return of private capital to the market, which may help with home affordability for this year’s spring buyers.

Refinances are also picking up for the first time in three months. The refinance index from MBA increased by 7%. Refinances now account for 52% of all mortgage applications, which is still down from May 2013, when 76% of all applications were refinances. The recent drop in mortgage rates is helping to spur more homeowners into refinancing while rates remain low.