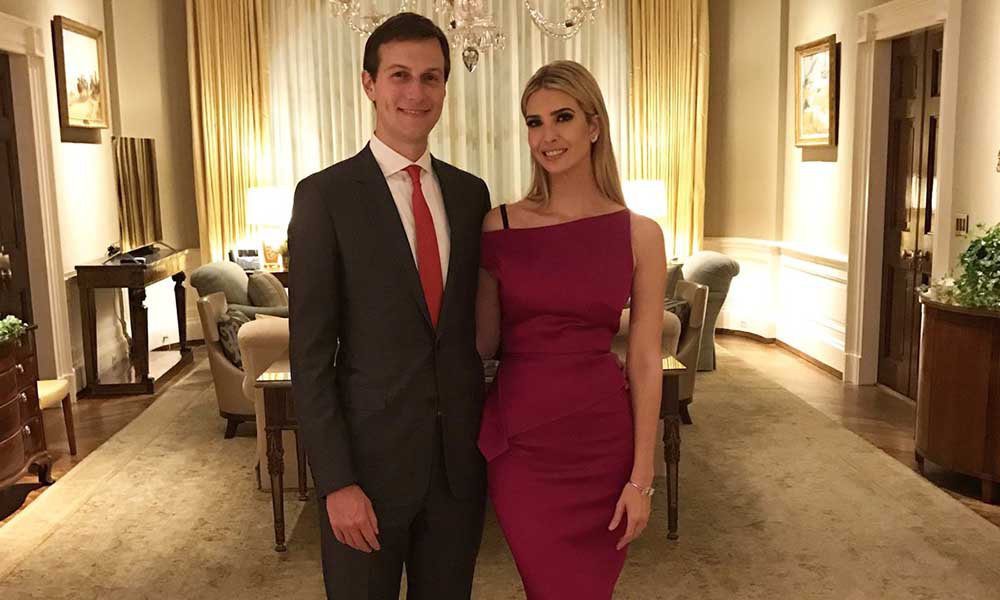 No, she was attending the supposedly more sober occasion of President Donald Trump’s first address to a joint session of Congress.

Getting ready to leave The White House with @realdonaldtrump as he prepares to address Congress #JointSession pic.twitter.com/vlR1wPHGkK

Fashion choice-wise, the president’s daughter left many on social media a bit confused. So did First Lady Melania Trump.

With regard to Ivanka, she didn’t wear a frock from her eponymous line, which is the subject of the nationwide #GrabYourWallet boycott, but a form-fitting off-the-shoulder “orchid pink” satin dress from French fashion designer Roland Mouret.

Ivanka donned the dress, which retails for $2,995, while her father tried to deliver a serious message about saving jobs and other issues and hailed the heroism of Navy SEAL William “Ryan” Owens, who was killed in a counterterrorism raid last month in Yemen and whose widow Carryn Owens occupied a prominent seat next to Ivanka.

Ivanka’s dress is described by the fashion house as the “easy choice for that evening affair when you think you have ‘nothing to wear.’”

Prior to leaving the White House for the U.S. Capitol Tuesday evening, Ivanka proudly displayed her frock in a photo with husband Jared Kushner that she posted on Twitter.

It was a pretty dress, but notably its design features an asymmetric neckline that reveals a black strap. It can be described as a spaghetti trap, though it easily looks like the strap for a black bra that Ivanka might be wearing underneath. Many of the more than 10,000 people who responded to Ivanka’s tweet, or to a tweet from Fox News, saw a bra strap. And they weren’t pleased.

Yes, tops and dresses that let women flash their bra straps are considered stylish these days — not tacky. But it definitely depends on the occasion. The bra-strap look may be totally fine for a more social event — like a cocktail or New Year’s Eve party, a weekend barbecue or a night of bar-hopping.

But for her father’s first big speech to the joint session of Congress? Wouldn’t a more sedate, professional look be a better choice?

Some also criticized Ivanka for not wearing a dress by an American designer. Others added that it’s fair for Ivanka to draw heat for showing off a bare shoulder if former First Lady Michelle Obama drew ire from conservatives and others for wearing sleeveless dresses, showing her well-toned arms, to big speeches like state of the union addresses.

But Ivanka wasn’t the only Trump facing criticism for her fashion choice on the night that Donald Trump was trying to calm concerns about his tumultuous new presidency.

President Trump vs the media: is the war over?
Trump’s travel ban put on hold again