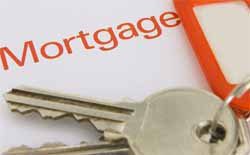 Those in the mortgage industry are expecting another round of layoffs. These layoffs are expected at the larger lenders, as rising interest rates and new regulations impact refinancing activities.

These additional job cuts could come during a volatile time, experts say, as the Federal Open Market Committee meeting is set for later this week to determine if the central bank will continue with its $85 billion per month in bond purchases, which include Treasuries and mortgage-backed securities. It is expected that the tapering will impact interest rates, resulting in them rising.

Although growth has been slow and is staying conservative, the correspondents offer much tighter underwriting standards so the loan quality is of the highest standards. Credit unions are also positioning themselves to step in and get their share of the market. Reports indicate that credit unions are actually using correspondent lenders to close in their name and help increase their number of mortgage originations.

In recent weeks, numerous layoffs have been announced in the mortgage industry. Citi announced it will lay off 2,200 workers in its mortgage department in the coming weeks. Wells Fargo announced in July it will be laying off at least 350 employees that handle mortgages.

Bank of America has announced it will close 16 mortgage offices and lay off more than 2,000 employees this year. So, according to reports, thousands of people across the country can expect to be laid off in the various aspects of the mortgage industry as banks prepare to see a decline in loan applications as interest rates rise. Most experts agree the refinancing boom is over as most who wanted a lower rate has already gone through refinancing before the rates started to climb.

While many jobs are expected to be added in various industries in the coming months, it appears none of them will be in the mortgage banking field. The loss of so many jobs can result in a stumbling block in the economic improvement since numerous families will be impacted by the loss of income.