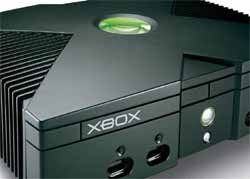 Microsoft Corporation (NASDAQ:MSFT) [stockdata ticker=”MSFT”]’s newly appointed CEO Satya Nadella has already stated that the company needs to focus on its core businesses such as cloud services and mobile. Wall Street has also been demanding the same thing. Meanwhile, Xbox has a notorious history of losing as much as $2 billion every year.

Though Xbox One sales were decent during the holiday season, early 2014 sales have been pathetic. Research firm NPD found that Sony Corporation (NYSE:SNE) [stockdata ticker=”SNE”]’s PlayStation 4 sold 280,000 units in January 2014, compared to 145,000 units of the Xbox One. The Japanese company has sold 5.1 million units of PlayStation 4 since its release. In contrast, Microsoft Corporation has sold only 3.4 million units of the Xbox One. Figures for the Redmond-based company are even more alarming because Sony Corporation hasn’t yet release PS4 in its home country yet. The Japanese company is also facing supply constraints which are keeping sales numbers down.

If you look at the overall gaming console market, it has not been a profitable market for any company for quite some time. Nintendo Co., Ltd (OTCMKTS:NTDOY) saw its sales nosedive in 2013. Nintendo Co., Ltd (OTCMKTS:NTDOY)’s CEO slashed Q1, 2014 revenue guidance by 67%, and the company is likely to remain unprofitable through this year. Its shares have plummeted 60% over the past five years.

Sony Corporation (NYSE:SNE) [stockdata ticker=”SNE”], whose PlayStation 4 is selling like hot cakes, gives investors no reason to cheer. The company has been losing money since 2008, and it was barely profitable in 2013. Its debt has been downgraded to near junk status by S&P. Though PlayStation sales are very strong, it doesn’t guarantee future sales. Moreover, PlayStation is priced $100 below Xbox One, which puts pressure on its margins.

The gaming console market is likely to see an ongoing pricing war between Microsoft Corporation (NASDAQ:MSFT) [stockdata ticker=”MSFT”], Sony Corporation, and Nintendo Co., Ltd (OTCMKTS:NTDOY), reports Forbes. And that will leave all competitors with losses, though they may be able to gain more market share. Also, the console market growth is likely to stagnate as more consumers move to mobile games. Casual gamers are migrating to mobile. Only hardcore game players stick to the consoles.

Sony Corporation is selling its PC business, and it is facing stiff competition from Samsung and LG in consumer electronics like TVs. So, the company cannot imagine abandoning its PlayStation business. Nintendo Co., Ltd  has a narrow product range, therefore it has to fight until its last breath to win the gaming battle.

Microsoft Corporation is shutting down Windows XP. PC sales are declining as well, so the software giant is bound to strengthen its enterprise business and cloud services. After losing money in the gaming market for almost a decade, Microsoft Corporation could sell its Xbox business to Nintendo Co., Ltd, which is likely to continue its fight with Sony Corporation.

Microsoft Corporation (NASDAQ:MSFT) [stockdata ticker=”MSFT”] should stop pouring in money in the unprofitable gaming market and use its resources in other businesses that can generate higher returns.