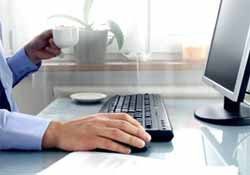 In the wake of Microsoft’s announcement it is laying off 18,000 workers, a Republican senator from Alabama threw down the gauntlet, telling Democrats calling for amnesty to prove there is a shortage of high-tech workers in America.

While the public face of the immigration debate has often focused on the low-skilled workers in fields such as cleaning or migrant farm workers, another key element in the immigration reform debate that is championed by big business and the Chamber of Commerce is a request to allow an unlimited number of high-tech workers into the country.

The reason is supposedly because these high-tech companies such as Microsoft and Apple cannot find enough qualified American workers to fill these jobs.

Interestingly, while Microsoft announced on Thursday it was slashing 18,000 jobs, last week the company’s founder, Bill Gates, along with Sheldon Adelson and Warren Buffett, penned an op-ed for the New York Times calling for the removal of all immigration caps on Science, Technology, Engineering, or Math (STEM) jobs.

Within hours of Microsoft’s announcement, Sen. Jeff Sessions, a Republican from Alabama, took to the Senate floor and called out Democrats as well to back up their claims that the reason it is vital to pass “comprehensive immigration reform” is because there is a lack of qualified Americans in the STEM industry.

“So today I’m going to issue a challenge to Majority Leader Reid and every single one of our 55 Senate Democrats who voted unanimously for this Gang-of-Eight bill,” Sessions said, emphasizing that the immigration bill would double the number of guest-worker visas that are currently awarded. “With Microsoft laying off 18,000 workers, come down to the Senate floor and tell me that there’s a shortage of qualified Americans to fill STEM jobs. Come down and tell us: Do you stand with Mr. Gates or do you stand with our American constituents?”

Sessions says despite the claims, all the evidence points to there being a surplus of Americans with degrees in the STEM field, not a deficit. Sessions noted that currently there are twice as many STEM graduates as there are jobs available for them.

Sessions claims have been backed up by numerous nonpartisan studies. Indeed, as Sessions noted a recent Census report even indicated that “74% of those with a bachelor’s degree in these subjects don’t work in STEM jobs.”

Sessions said Congress needs to be more concerned about the average American rather than a few corporate leaders who are looking for cheap labor or individuals who have entered the country illegally.

“It’s long past time we had an immigration policy that truly served the needs of the American people,” Sessions said. “That’s the group to whom we owe our loyalty and our duty and our first responsibility. That’s who elected us. That’s who, in our Constitutional system, ultimately judges us on our performance.”