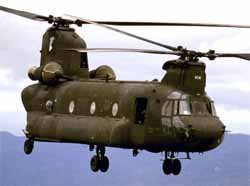 Over two years after an attack by Taliban forces killed members of the SEAL team that killed Osama bin Ladin, the families may finally have an opportunity to get answers as to what happened that night.

On Aug. 9, 2011, Taliban forces were waiting for a Chinook carrying members of the elite unit SEAL Team 6 to approach the landing site. The helicopter was then attacked from three sides in a coordinated ambush. Despite the presence of known Taliban forces in the area, the SEALs had no air cover, which is standard operating procedure for missions of this type. During the ambush the Chinook was reportedly shot down by a shoulder fired missile, killing all 38 people on board, including 25 American special operations personnel, five U.S. Army National Guard and Army Reserve crewmen, a U.S. military dog, seven Afghan commandos and an Afghan interpreter.

Charles Strange, whose son Michael was killed in the ambush, said during a meeting with President Obama after the attack, he whispered in the president’s ear to ask him if there would be a Congressional investigation into the death of his son. Obama whispered back, “We will look very, very, very, deep into this.”

However, over two years after the attack the families are still waiting for answers which has promoted them to file a lawsuit in an attempt to find out what happened.

After meeting with some of the families, Rep. Darell Issa, a California Republican who is the head of the House Oversight and Government Reform Committee may look into the issue.

The downing of the helicopter came just months after SEAL Team 6 conducted the raid that killed Osama bin Laden. Normally, when operations of this nature are conducted the particular units involved are kept classified for purposes of operational security. However, following the bin Laden raid, Vice President Joe Biden and the administration confirmed that SEAL Team 6 had been the ones who conducted the operation.

Following the leaking of their identity by Biden, members of SEAL Team 6 became concerned for the safety of themselves and their family members.

Aaron Vaughn, a member of the team who would eventually be killed on Aug. 6, warned his mother to delete every reference to SEAL Team 6 from her Facebook and Twitter accounts.

“I never heard Aaron this concerned and worried in his entire life,” Mrs. Vaughn said in an interview. “He called me and said, ‘Mom, you and Dad have to take everything down. Biden has just put a huge target on everybody.’”

While it might be easy to simply chalk the shooting down of SEAL Team 6’s Chinook helicopter as simply one of those quirks of fate that so often occurs in war, there are several  events surrounding the crash that have raised disturbing questions for the family members.

Among their suspicions are why were seven Afghan commandos on the flight suddenly replaced at the last minute just before take-off. These seven individuals, who also died in the attack, are not listed in the flight manifest. This has caused some of the family members to speculate that they may have been suicide bombers or they may have tipped off the Taliban as to who was on board.

Doug Hamburger, whose son Patrick was a flight engineer and gunner with the SEALs said at the very least, he believed that Afghan president Hamid Karzai tipped off the Taliban.

Hamburger said while any of the questions they have could possibly be dismissed if taken one at a time, when taken together they just don’t add up.

“You sit there and add up the score and what you have is a case where the black box is missing, the eye in the sky is out and there was no support aircraft in the area. Everything you typically do for safety and to help out the helicopter and crew is non-existent. Additionally, all of the things you would need to take a look at what happened has disappeared. All you have is a downed aircraft and a bunch of dead soldiers.”