Workday, Inc (NYSE:WDAY)  WDAY +0.08% announced  last week that it is planning to build a new office building next to its existing offices on Stoneridge Mall Road in California. Workday happens to be a provider of enterprise class Software-as-a-Service (SaaS) solutions to global businesses. The proposed office building will be built on around 6.9 acres of BART property where it will host a six story office building along with two parking garages. 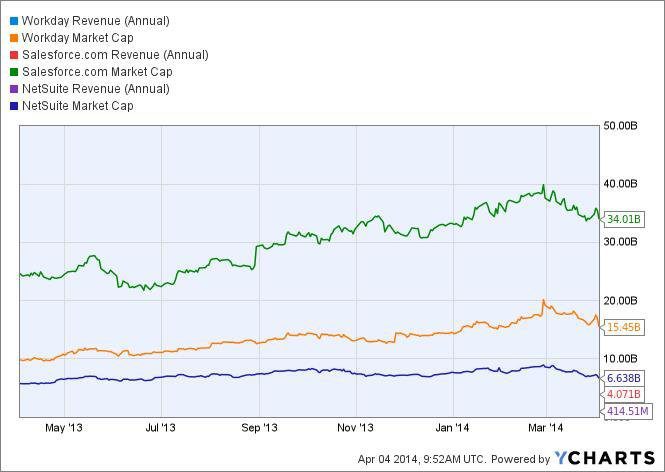 As the cloud based SaaS platforms are gaining popularity, the decision of Workday to expand its office space by 430,000 square feet is a testament to continued growth prospects of the cloud industry. Industry analysts are expecting the growing industry to gain further momentum in coming years amid increasing demand from the Small-Medium Enterprise (SME) sector. In the fourth quarter report, Workday announced “we expect our future operating lease obligations will increase as we expand our operations.” Such claims can be validated by findings from the report from ResearchMoz, where it forecasted 13.93% growth in the SaaS based ERP market during 2012-2016 period.

Workday did way better than the ResearchMoz’s industry growth forecast, as it posted a $469 million revenue for the 2013, up 71% compared to the previous year (2012). However, during the same period, Workday also spent massively on expanding its operations, totaling US$ 230 million.

As the entire cloud industry is growing fast, it is “normal” that companies like Workday are spending more than its revenue on growth at this stage. However, to some pundits, the entire industry may have created a bubble. Cloud based SaaS industry participants such as Workday (NYSE:WDAY) WDAY +0.08%, Salesforce (NYSE:CRM) CRM +1.63%, and NetSuite (NYSE:N) N have a combined annual revenue of less than US$ 5 billion. However, together these three market leaders have a total market cap of US$ 56 billion, more than some of the blue chip companies who have higher annual revenue streams compared to the entire cloud industry.

While the revenue growth is there, and it has performed better than expected, from a pure conservative financial point of view, Workday’s whole operation may seem like a massive bubble. Building a massive office building with a negative US$ 36.53 million EBITDA may come out as insanity to value investors. The catch is that unless these cloud companies grow fast, they won’t be able to enjoy the “economies of scale,” which is the only way to stay competitive amid fierce competition. 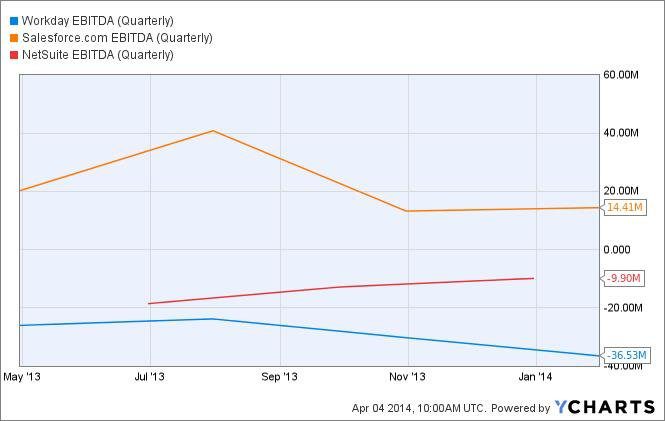 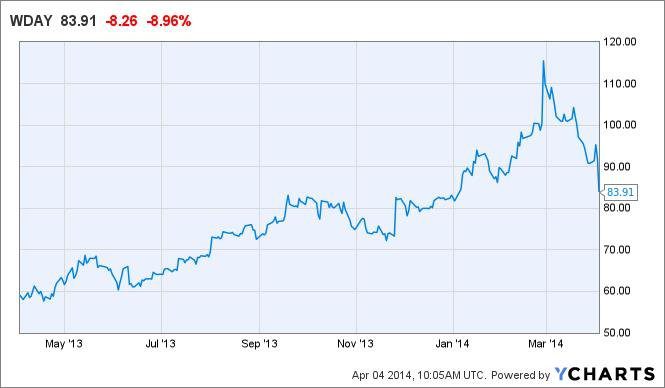