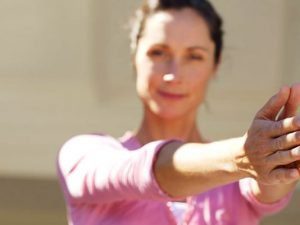 Regular exercising actually reduces skin aging, according to the results of a new study conducted by researchers at McMaster University in Ontario. The researchers found that improvement in skin quality was found even among people who started regular exercising later in life.

“I don’t want to over-hype the results, but, really it was pretty remarkable to see,” Dr. Mark Tarnopolsky, who was involved in the study, told the New York Times.

Some of the remarkable results from the study indicated that when participants 65 years and older exercised for a short period of time, such as over three months, their skin appearance changed to that of a 20 to 40 year-old individual.

The researchers initially used mice in their study and noticed that the group of rodents which were not allowed to use their exercise wheels quickly became weak, bald, and sick. However, the mice with access to the exercise wheels did not go gray and were generally healthier.

In the human study involving 29 male and female volunteers, 20 to 84 years old, half of them took part in at least three hours of moderate to vigorous physical every week, while the other half lead a primarily sedentary lifestyle. A patch of skin from each participant’s buttocks (an area not usually exposed to sun damage) was taken and tested.

The researchers indicated that those in the exercising group had evidently younger-looking skin with their skin being “markedly thinner” with “healthier stratum corneums and thicker dermis layers”.

In the final part of the study, the researcher took before-and-after buttocks skin samples from a group of participants older than 65 years old who were not usually involved in exercising but who agreed to engage in a three-month exercise program.

The researchers found that exercising had significantly reversed the aging appearance of the participants’ skin. “All they had done different was exercise. It is astonishing to consider all of the intricate ways in which exercise changes our bodies,” Tarnopolsky said. Even with a small sample size, the researchers agree that the study results again confirm the benefits of regular exercising.