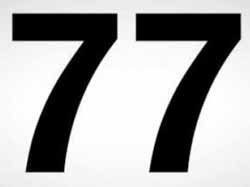 Pronunciation Book may not be a popular YouTube user but it is gaining its much sought-after attention today because of its intriguing countdown, which to some could be quite creepy. On July 9, the YouTube user, which has been posting pronunciation guide to viewers since April 2010, started posting daily videos that count down to 77.

It is noticeable how the audio of every video posted since then does not really correspond with the pronunciation of each daily number that is featured. In every video, a voice over says, “Something is going to happen in… days.”

Pronunciation Book is slated to end its countdown on September 24, which would be the 77th day after it began the series of videos. As expected, more and more observers are becoming curious about what the YouTube user is cooking. Based on the efforts exerted, anyone could tell that it is really something to look forward to. It may be a surprise that would make it more popular online.

Creepy phrases that are featured in the daily video countdown are effective in catching interest. Those phrases are followed by strange clicking noises, which last several seconds. Interestingly, those strange phases have already appeared in some videos in the last three years.

As expected, the clicking sounds create much buzz. Could those be Morse code? Some observers are sure that those could be something else. Some curious YouTube viewers even used spectography to facilitate conversion of those audio clips into visual information. The result, those sounds create an image of the lower parts of a torso.

Many are impressed about the fine details that are featured in the countdown videos. If it is part of a viral marketing campaign, it surely is gaining traction these days. A public Google Doc, which squealed online, has a theory that Pronunciation Book is set to soon launch an alternate reality game or ARG. Some other analyses refer to clues like ‘mission,’ ‘heroes,’ and ‘The Chief.’