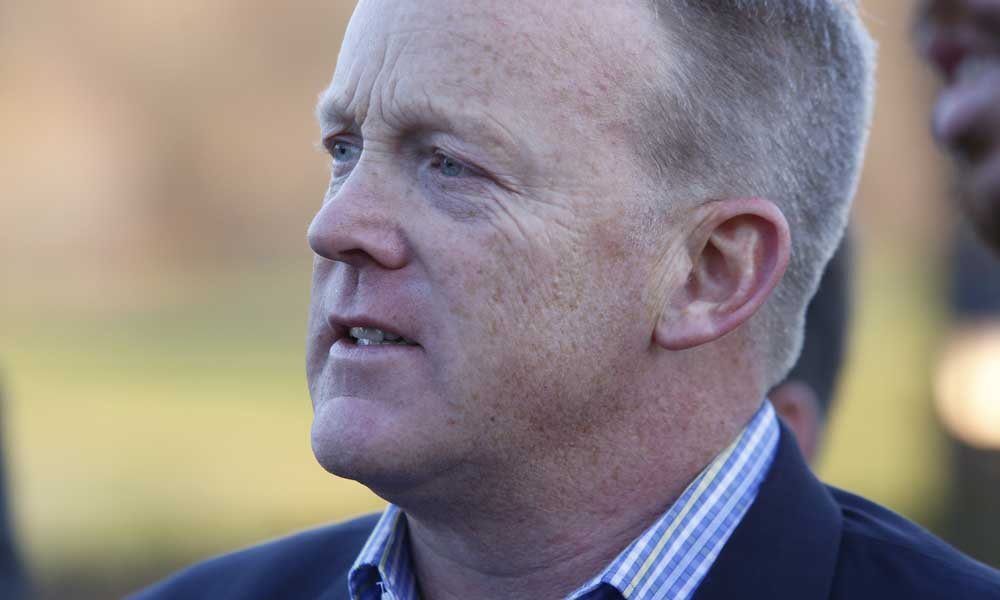 Press Secretary Sean Spicer was confronted by an American woman of Indian descent and founder of an education start-up, who accused him of racism after an exchange in an Apple store in Washington.

Shree Chauhan, 33, challenged Mr Spicer as he was shopping, when she asked: “How does it feel to work for a fascist?” – referring to President Donald Trump.

In response, Mr Spicer said: “It’s such a great country that allows you to be here.”

Ms Chauhan recorded the encounter and posted it online, drawing 300,000 views since Saturday. Since then, she has been attacked online, with critics branding her “vile” and accusing her of harassment.

In a blog post, Ms Chauhan wrote that she is an American citizen who was born and raised in the United States. She said she was “stunned” by Spicer’s comment, writing: “That is racism and it is an implied threat. Think about the sheer audacity of Mr Spicer to say that to my face with a smile, knowing that he that he is being recorded on video and the position of power he holds in our government.”

The footage shows Mr Spicer responding to Ms Chauhan by smiling and saying: “We have a great country.”

Ms Chauhan then asks him: “Have you helped with the Russia stuff – are you a criminal as well? Have you committed treason, too, just like the president?”

Mr Spicer can then be heard saying: “It’s such a great country that allows you to be here.”

“What can you tell me about Russia, Mr Secretary?” she persists.

Mr Spicer then walks away saying: “Thank you very much,” while Ms Chauhan repeats: “You know you work for a fascist, right?”

Ms Chauhan, who is the daughter of immigrants, acknowledged that she was “impolite” in her comments to Spicer. According to her, she wanted to seize the “enormous opportunity… to get answers without the protections normally given to Mr Spicer”.

Ms Chauhan hit back at her online critics, writing on Twitter: “I have clear feelings for the man who is a fascist’s spokesperson. Nazis weren’t stopped with niceties.”

I have clear feelings for the man who is a fascist's spokesperson.

It has been claimed that Mr Spicer’s remark – “it’s such a great country that allows you to be here” – may have meant it’s great that Americans can approach presidential aides even while they are out shopping.

The right to free speech is protected in the US by the First Amendment.

However, Ms Chauhan has rejected that interpretation, claiming that Mr Spicer should have said, “it’s such a great country that allows dissent” if that was what he really meant.