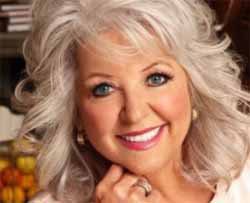 Lisa Jackson, former employee of Paula Deen’s signature restaurant ‘Uncle Bubba’s Seafood and Oyster House’ filed claims of racial and sexual discrimination against the culinary star one year ago.  Two months after proceedings began; Judge William T. Moore signed the dismissal order for the suit ending a legal battle that has cost the star most of her cooking empire.

The case against Deen has been dismissed from the U.S Southern District of Georgia ‘with prejudice’ meaning that Jackson cannot file the same case again in another court. Judge Moore signed the dismissal after determining that Jackson’s claims lacked any proper standing for a complaint as she is Caucasian women attempting to gain fiscal damages for alleged black racial discrimination.

Though the fallen cooking star has stood her ground, claiming the accusations were false it has cost her most of her former culinary empire. Since media coverage began surrounding the discrimination suit Deen has lost much of the business she has worked to build. Many of Deen’s sponsors turned away from the company’s products including such retail giants as Wal-Mart and Target. The two chains and a number of smaller businesses removed Deen’s products from shelves and refused further business.

Deen’s popular cooking show formerly shown on cable television network The Food Network was taken off air. The Food Network decided not to renew the culinary stars contract in response to the negative media surrounding the discrimination case scandal.

Evidence was also released during the court proceedings that Jackson’s Lawyer Mathew Billips made threats of bad publicity to the stars legal team before the case was filed, prompted Deen’s team to request a dismissal of the attorney from the remainder of the court case. Even though the case has now been dismissed the courts released a statement that it will likely impose sanctions on Billips for misconduct.

Jackson’s attorney used the threat of negative media publicity to threaten the star, stating that the bad press would cost her far more than the $1.25 million his client was requesting in damages. Deen’s legal team refused an out of court settlement despite the threats standing firm that the accusations were false.

A Statement released on behalf of Jackson after the dismal came as a shock to media that had originally posted much of the scandal surrounding her original accusations. During the initially widespread news of lawsuit Jackson accused the culinary star of not only being aware of the discrimination occurring in her company but stated Deen herself was responsible for much of the actions herself. The bad media resulted in the loss of many sponsors and television coverage for the cooking empire.

After courts dismissed the accusations however, Jackson made a complete turnaround stating Deen was a good hearted woman who would never allow discrimination within her company.  The court case ending with no money awarded and Jackson’s about face statements come too late to redeem much of Paula Deen’s lost empire of culinary arts.