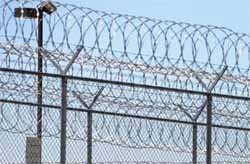 The idea of a viral outbreak spreading throughout the United States, which has long been a theme of Hollywood movies, became a step closer to reality today when federal authorities placed a facility used to house illegal immigrant families on lockdown following an outbreak of chicken pox among the residents in New Mexico.

The lockdown means that no illegal aliens will be transferred in or out of the facility, the Washington Times reported Rep. Steve Pearce as saying this week.

The facility is located at the Federal Law Enforcement Training Center in Artesia, New Mexico and is housing hundreds of families who have arrived illegally from Central America, said Pearce, a Republican congressman whose district includes Artesia.


“As the FLETC facility reaches maximum capacity, I am increasingly concerned for the health and safety of the women and children at FLETC and for the local community. The virus, that has caused two residents to be put in isolation, has halted all departures,” Mr. Pearce told the Washington Times.

The problem highlights a concern that health care whistleblowers have been warning against ever since the news of the flood of illegals at the border has started to be in the news. Under threat of firing, and in some cases even prosecution, for revealing what occurs at the facilities, several health care workers have come forward and warned that oftentimes the illegal immigrants are being released into the general public without proper vaccinations or healthcare screenings.

In one instance it was reported that a child with a high fever was placed on an airplanes along with healthy Americans. ABC News obtained a memo that revealed that two unaccompanied children were flown from the facility at Nogales, Arizona to California despite having 101 degree fevers that eventually required hospitalization.

While chicken pox is normally considered to be a children’s disease in America, it can be fatal if contracted by an elderly person. Additionally, if a person has already had chicken pox, they can develop shingles if exposed to a person with chicken pox.

Chicken pox is also highly contagious, which could cause concern for parents, as many of the other illegal immigrants at other facilities than Artesia are being shipped across the United States to other states including Hawaii, often with little to no notification to residents in the area. With the school year fast approaching, the danger to children in many of the rural areas where some of the children are being shipped to means the possibility for a similar outbreak to spread could be enhanced as they are mixed in with American children.