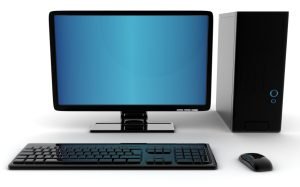 The frontostriatal network connects the frontal lobe of the brain with the basal ganglia. The frontal lobe is used primarily in thought, while the basal ganglia area initiates movements. This important network within the brain is involved with neurological diseases such as Parkinson’s and Alzheimer’s. It also is significantly involved with schizophrenia, depression, attention deficit hyperactivity disorder, and obsessive compulsive disorder.

Researchers chose to study the effects of pornography because many of the behaviors exhibited by those who frequently watch it are similar to those with addictions.

Researchers discuss what this means in a summary of their findings:

“The negative association of self-reported pornography consumption with the right striatum (caudate) volume, left striatum (putamen) activation during cue reactivity, and lower functional connectivity of the right caudate to the left dorsolateral prefrontal cortex could reflect change in neural plasticity as a consequence of an intense stimulation of the reward system, together with a lower top-down modulation of prefrontal cortical areas. Alternatively, it could be a precondition that makes pornography consumption more rewarding.”