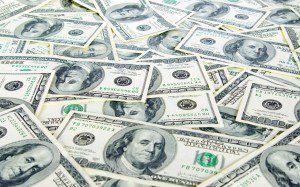 Professor Barry Eichengreen of Berkeley claims that the diversification of international reserve currencies will force the dollar to share the current role with the Euro and the Yuan.

Eichengreen acknowledges that 85 percent of international transactions are converting dollar prices half of the world’s public debt is in dollars, and more than 60 percent of the reserves central banks hold are in dollars.

This shows the hegemony the dollar has had so far, but the author notes that the fiscal and monetary irresponsibility U.S. has had is partly due to the benign neglect of the FED: public debt represents 75% of GDP and is dangerously close to the ceiling authorized by law.

In particular, many U.S. leaders still do not believe in a future crisis. However, the Chinese are willing to come to the aid of the United States. Meanwhile, the euro is in crisis, but the governments involved have taken serious fiscal adjustments to continue the monetary union, while the United States maintains and persists that tax cuts are the way to go.

In the last year, Yuan-denominated deposits in Hong Kong banks have quadrupled. 70,000 Chinese companies are doing cross-border transfers in RMB, dozens of foreign companies have called in RMB bonds in China, and in January, the Central Bank of China began Yuan deposits in New York.

Chinese authorities have promised that by 2020, Shanghai will be an international financial center and will be first class at the last meeting of the G-20. It is proposed to add the Yuan to be used by the IMF to calculate the value of the SDR.

No one can propose that replacing the dollar is going to happen in that moment, but after the declaration of non-convertibility by President Nixon in 1971, a long process has been brewing that will lead to a multi-polarity exchange. In fact, it is one that is beginning to attract financial stress across the globe. If you recall, the pound was linked to the gold standard in 1870, but began to see its bases cracked when it was used to finance World War I. England formally declared its non-convertibility in 1931 in the midst of the Great Depression.

John Smith is a historian and journalist, a career spanning nearly a decade. His passion started when he was just five years old, visiting battlefield after battlefield. In fact, he is a veteran of the US Army. Along with his degree in History from the University of Maryland, he has a Journalism degree as well. He has written columns on finance, history, and other major topics, including military history.