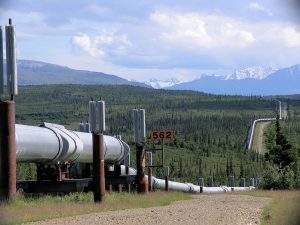 You can’t help but admire the Obama administration’s public support for the environment. There is something about its decision to restrict over 12 million acres of Alaska’s Arctic National Wildlife Refuge from gas and oil exploration and exploitation. There is very little anyone can fault the administration for, as far as intentions are concerned. The intentions are great. The problem is the implementation.

There are serious logical defects in sealing off the Arctic National Wildlife Refuge. There is a huge amount of oil and gas in that region. This oil and gas can be used to further solidify and strengthen American energy independence.
The United States has been inching to full energy independence thanks to shale oil drilling on private lands in the continental United States. None of this is due to government support or is done on government land. This is all a private initiative. Unfortunately, by stepping in to restrict oil and gas exploration on the 12 million acres of federal land in Alaska, American energy independence is put in jeopardy.
Even if we were to put that objection aside, there is a stronger objection as to why it is a bad idea to limit drilling in Alaska. Let’s say that this move succeeded. Let’s say that Obama successfully overrides congressional objection and seals off 12 million of the available acreage of the Arctic National Wildlife Refuge. What happens next?
All that potential of pollution is just going to move somewhere. There will be another oil field located in another part of the world where there will be worse pollution. Wouldn’t it have been better if the United States soaked up some of that global oil demand – by producing oil and gas based on the highest environmental standards within conditions it controls? This is one line of thinking that apparently evades environmental activists both within and outside of the Obama administration. Environmental protection is not immune to the laws of economics.
Continue Reading
You may also like...