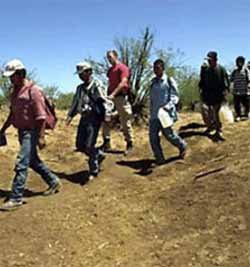 The policy change comes in a nine page memo from US Immigration and Customs Enforcement. The agency says rather than obey the law by arresting and deporting illegal immigrant parents they should instead use “prosecutorial discretion” in order to avoid detaining parents. It goes on to state that if parents are detained the agents then need to make sure they have the ability to visit their children or participate in family court proceedings.

While the move quickly garnered praise from supporters of illegal immigrants who are calling for them to be granted amnesty, others including a top Republican have criticized the policy as simply being another in the long chain of examples of the administration circumventing existing law by choosing which ones to enforce or not.

Goodlatte’s committee is in charge of many of the immigration bills that the House could possibly consider later this year and it is currently working on a bill that would grant legalization for illegal immigrants who were brought here by their parents. He said the move by the administration is not productive and instead “poisons the debate” by showing the president is not interested in finding a solution to the immigration problem and is instead wanting to “politicize the issue” rather than attempting to come to a reasonable compromise.

The move is simply the latest in a series of directives issued by Obama to essentially pass immigration reform on his own through executive order. Last year, after Congress refused to pass the Dream Act which would have legalized the children of illegal parents who were brought here against their will, the president simply issued an executive order that contained many of the provisions in the law.

The Constitution specifically states it is the job of Congress to pass the laws and critics said by issuing executive orders Obama is essentially passing laws on his own by executive fiat. Concern over the president’s use of his power to circumvent Congress has been cited by Republican Sen. Marco Rubio who said that the reason Republicans need to pass an immigration bill is because if they don’t Obama will essentially do it on his own and obtain all the credit for it.