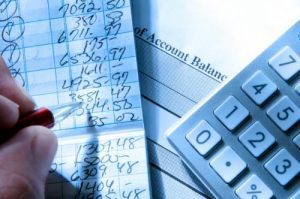 With rising home prices, it’s no surprise that buying a home is more expensive than it was last year. A national survey has found that rising prices are not the only factor increasing home affordability, however.

Mortgage closing costs have climbed about 6% over the last twelve months, according to a new survey released by Bankrate.com on Monday. The average closing cost for a $200,000 mortgage reached $2,539 nationally in June, up from $2,402 last year.

The increase came mostly from fees charged by lenders to originate mortgages. These fees rose 9% to an average of $1,877. Third-party fees, including appraisals, rose just 1% to an average of $662. Bank rate did not include all closing costs in its analysis, such as title search and insurance taxes, association fes, interest and prepaid items, all of which tend to remain unaffected by the new regulations.

According to Bankrate analyst Holden Lewis, new mortgage regulations have helped to increase closing costs. These rules, which are designed to make sure borrowers have the ability to repay loans, went into effect in January. Still, closing costs began rising before the start of the year, with a 6% increase in closing costs reported in 2013.

Since the financial crisis, mortgage regulators have instituted new regulations to make mortgage borrowing safer for consumers. Lenders must now check each borrower’s credit history, ensure they earn enough income to cover mortgage payments and can afford their loan. This has led to increased time and manpower spent on each loan, which lenders are passing on to borrowers.

The highest fees in the country were in Texas, were closing costs reached an average of $3,046 for a $200,000 loan. This is up 23% over last year. Other expensive states include Alaska, New York and Hawaii.

The highest increase was seen in Wisconsin, where average closing costs reached $2,706, or 28% higher than June of last year.

In the June survey, Bankrate asked lenders in all states and Washington, D.C. for estimates of closing costs on $200,000 home loans for a single-family home with a 20% down payment.