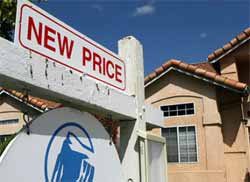 People recognizing the many ways in which drilling and hydraulic fracturing can damage the value property has put the mortgage industry on the defensive. This activity is making the industry tighten its lending policies, consequently prohibiting properties with a well on them or properties that are the subject of leasing for the exploitation of unconventional fuels from receiving mortgages.

After the debacle concerning North Carolina mineral rights, Credit Union officials have decided officially not to approve more mortgages on properties whose drilling rights are sold to third parties. Three credit unions, who manage about $12 billion in mortgages alone, said they believe the loans on these properties are riskier than those in which the mineral rights are not separate properties.

At least three very important mortgage-lending institutions (Ithaca’s Tompkins Financial, Banco Santander, and Credit Cooperative State employees in Raleigh, North Carolina) are refusing to grant mortgages where mineral rights on gas and oil have been sold off to energy companies. The CEO and president of the credit union is quoted as saying that if an owner allows a rig on his land, “I have to say to your neighbors,” sorry, but your property has been devalued.

The language in the mortgage contracts prohibits Freddie Mac from “performing any actions that could cause damage, deterioration or decrease the value of the collateral.” If a party contravenes this prohibition, the financial institution holding the loan has the legal right to claim the full amount secured by the mortgage.

The record prepared by the NYSBA about the negative consequences of the leases for gas exploration in the headlines of property also includes sections on home mortgages and argues that the combination of property rights on the surface and drilling rights underground is one that does not work.

A couple of Quicken Loans locations in Pennsylvania denied a loan secured by a mortgage on a person’s farm because there was a drill sites across the street, and according to a financial statement, “gas wells and any other structures in the surrounding lots… could significantly degrade the value of a property.” Two other financial institutions also denied the mortgage.

Financial institutions and mortgage loans (Fannie Mae, Freddie Mac, FHA) have prohibitions regarding loans that are considered secured properties where possible hazardous drilling is in progress or where hazardous supplies are being stored.