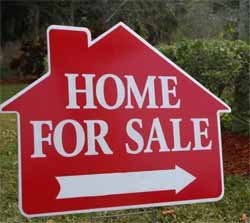 Mortgage rates have dropped some, recovering to the losses they suffered the day before. Some lenders changed their rate sheets very little while others made changes that were more noticeable. The rate improvements are being credited on the announcement that a deal has been made to prevent the government from defaulting on its debts.

It is also government operations back to normal this morning, putting an end to the shutdown that had entered its third week. Mortgage application processing had been delayed, and the end of the shutdown will mean the paperwork will once again start flowing. It may take some time to get the backlog processed.

Experts have said that the positive response to the debt deal is even stronger than anticipated. Stocks and bonds both improved after the announcement that the shutdown would end on Thursday. The full effects of the deal are expected on Thursday and Friday, as it becomes more visible as things try to transition back to their normal pace.

Some experts say that the unexpected positive reaction is to counter react the overall unexpected negative reaction to the fiscal drama throughout the month of October. In the past, similar drama has been over-credited as a motivation for more significant changes and fluctuations.

Here are today’s rates from some of the more popular, larger lenders:

Where mortgage rates will go from this point is unknown. The government shutdown is over, so the economic reports will once again be released. However, many experts do not think the Federal Reserve will begin tapering at this point because the last three weeks have wreaked havoc on the economy.

The Federal Reserve meets later this month. Since September 2012 the central bank has spent $85 billion per month to purchase bonds in an effort to keep interest rates low and to stimulate the economy. Tapering of the bond purchases are expected when the economy is no longer considered too tepid to stand without the extra help.