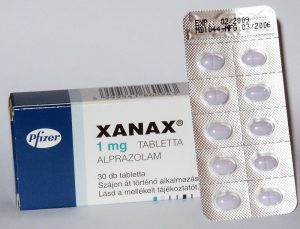 More people are going to the emergency room for abusing Xanax, prompting the government to suggest increased prevention and education efforts.

Between 2005 and 2011, visits to the emergency room for the misuse of Alprazolam doubled overall and nearly tripled for the 25 to 34 year old age group. Alprazolam is a benzodiazepine medication commonly sold under the brand names of Xanax, Xanax NR, and Niravam.

According to a study completed by the Substance Abuse and Mental Health Services Association (SAMHSA), use of this drug for other purposes is increasing. In a recent study, SAMHSA recorded over 123,000 emergency room visits in 2011 that did not involve the medical use of the drug.

Of those visits, the overwhelming majority were made by men and women between age 25 and 34. This increase is three times what it was in 2005, thereby increasing at a faster rate for this age group than the overall usage.

Additionally, many of the emergency room visits involved symptoms resulting from using the alprazolam with another drug. While the study listed other pharmaceutical medicines as the primary other drug used, patients also took alcohol and illicit drugs with it. The use of prescription pain relievers accounted for 36% of the cases where another drug was used.

Because of the health risks involved with the misuse of Xanax and related drugs, SAMHSA is urging doctors to educate their patients on the risks of overdosing and mixing with other medications. They are also suggesting public awareness campaigns that address concerns of proper storage and disposal.

The Substance Abuse and Mental Health Services Association is a part of the Department of Health and Human Services dedicated to reducing the impact of substance abuse and promoting good mental health in America.

Continue Reading
You may also like...
Related Topics:Abusing, Are, ER, More, patients, Xanax